The awards, which were announced by NIH Director Francis S. Collins at the Seventh Annual NIH Director's Pioneer Award Symposium September 20, will provide each recipient with $1.5 million in research funding over five years.

"The NIH Director's Award programs reinvigorate the biomedical work force by providing unique opportunities to conduct research that is neither incremental nor conventional," said James M. Anderson, director of the Division of Program Coordination, Planning and Strategic Initiatives, who guides the NIH Common Fund's High-Risk Research program. "The awards are intended to catalyze giant leaps forward for any area of biomedical research, allowing investigators to go in entirely new directions."

Petrascheck, who is a member of the Department of Chemical Physiology, the Department of Molecular and Experimental Medicine, and the Dorris Neuroscience Center at Scripps Research, will use the award to conduct research on aging and lifespan in C. elegans, a flatworm widely used in aging research. The project will test strategies that might be used in human therapies.

Paegel, an assistant professor in the Department of Chemistry, will use his award to evolve new molecular tools for protein sequencing.

"Imagine being asked to take apart a sophisticated race car with a single Phillips-head screwdriver," said Paegel. "This is basically where we are today with protein sequencing technology. We will evolve a suite of custom-tailored molecular tools that will allow us to identify all sites of protein modification, and to correlate those changes with normal cellular function and disease. Our approach integrates the institute's strengths in chemistry and high-throughput screening with my laboratory's expertise in microfluidic technology development and evolution."

Winners of the NIH Director's New Innovator Award are selected on the basis of individual creativity, the innovativeness of his or her research approaches, and the potential of the proposed project, if successful, to have a significant impact on an important biomedical or behavioral research problem. More information on the New Innovator Award is at http://commonfund.nih.gov/newinnovator, including information on this year's awardees. 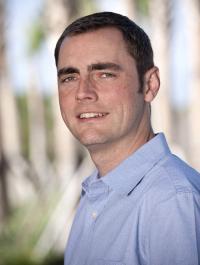