Australopithecus afarensis (the species of the well-known “Lucy” skeleton) was an upright walking species, but the question of whether it also spent much of its time in trees has been the subject of much debate, partly because a complete set of A. afarensis shoulder blades has never before been available for study. For the first time, Midwestern University Professor David Green and Curator of Anthropology at the California Academy of Sciences, Zeresenay Alemseged, have thoroughly examined the two complete shoulder blades of the fossil "Selam," an exceptionally well-preserved skeleton of an A. afarensis child from Dikika, Ethiopia, discovered in 2000 by Dr. Alemseged. Further preparation and extensive analyses of these rare bones showed them to be quite apelike, suggesting that this species was adapted to climbing trees in addition to walking bipedally when on the ground. "The question as to whether Australopithecus afarensis was strictly bipedal or if they also climbed trees has been intensely debated for more than thirty years," said Dr. Green. "These remarkable fossils provide strong evidence that these individuals were still climbing at this stage in human evolution." The new findings are published in the October 26 issue of the journal Science.

Dr. Alemseged, assisted by Kenyan lab technician Christopher Kiarie, spent 11 years carefully extracting the two shoulder blades from the rest of the skeleton, which was encased in a sandstone block. "Because shoulder blades are paper-thin, they rarely fossilize--and when they do, they are almost always fragmentary," said Dr. Alemseged. "So finding both shoulder blades completely intact and attached to a skeleton of a known and pivotal species was like hitting the jackpot. This study moves us a step closer toward answering the question 'When did our ancestors abandon climbing behavior?' It appears that this happened much later than many researchers have previously suggested."

Selam was a three-year-old A. afarensis girl who lived about 3.3 million years ago, and she represents the most complete skeleton of her kind to date. After freeing the shoulder blades from the surrounding rock, Green and Alemseged digitized them using a Microscribe, and then took detailed measurements to characterize their shape and function, comparing them to the rare shoulder fossils of other early human relatives: Homo ergaster ("Turkana Boy"), Homo floresiensis ("The Hobbit"), A. africanus, and two adult specimens of A. afarensis. They also made comparisons with an extensive modern sample of juvenile and adult chimpanzee, gorilla, orangutan, and human specimens.

The analysis of the shape and function of the bones revealed that A. afarensis shoulder blades are apelike, indicating a partially arboreal lifestyle. Drs. Green and Alemseged also found that, like living apes, the shoulder anatomy of juvenile and adult representatives of A. afarensis were quite similar. "Human scapulae change shape throughout ontogeny in a significantly different manner than closely related apes," said Dr. Green. "When we compared Selam's scapula with adult members of Australopithecus afarensis, it was clear that the pattern of growth was more consistent with that of apes than humans." At the same time, most researchers agree that many traits of the A. afarensis hip bone, lower limb, and foot are unequivocally humanlike and adapted for upright walking. "This new find confirms the pivotal place that Lucy and Selam's species occupies in human evolution," said Dr. Alemseged. "While bipedal like humans, A. afarensis was still a capable climber. Though not fully human, A. afarensis was clearly on its way."

David J. Green, Ph.D., is an Assistant Professor of Anatomy at Midwestern University in Downers Grove, IL, USA. He received his PhD in Hominid Paleobiology in 2010 from The George Washington University in Washington, DC. His research interests include early hominin postcranial morphology, functional anatomy, and the relationship between locomotor behavior and bone shape.

Zeresenay "Zeray" Alemseged, Ph.D., is Irvine Chair and Curator of Anthropology and Chair of the Department of Vertebrate Zoology and Anthropology at the California Academy of Sciences. He is a biological anthropologist by training and his research interest focuses on the exploration of the anatomical and behavioral evolution of human ancestor species over the past 6 million years and how that relates to observed environmental and ecological changes.

The Dikika Research Project (DRP) was founded in 1999 by Ethiopian paleoanthropologist Zeray Alemseged. Over the past 14 years, Alemseged has conducted annual field seasons at Dikika, Ethiopia, with an international team of researchers specializing in paleoanthropology, paleontology, geology, and archaeology. This group of researchers strives to unravel critical questions in human evolution pertaining to hominin biological and behavioral transformation across time and space, as well as the paleoenvironmental and paleoecological dynamics responsible for shaping the trajectory of our species. The fossil "Selam" and the earliest evidence for stone tool use are among the prominent finds made by the DRP. The DRP undertakes its research under the auspices of the Authority for Research and Conservation of Cultural Heritage (ARCCH) of the Ethiopian Ministry of Culture and Tourism.

The California Academy of Sciences is an international center for scientific exploration and education based in San Francisco, and it is at the forefront of efforts to understand two of the most important topics of our time: life and its sustainability. The Academy has a staff of over 50 professional educators and Ph.D.-level scientists, supported by more than 100 Research and Field Associates and over 300 Fellows. Founded in 1853, the Academy's mission is to explore, explain, and protect the natural world. Visit research.calacademy.org. 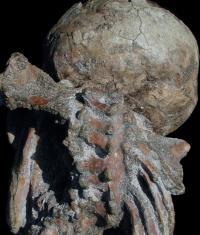 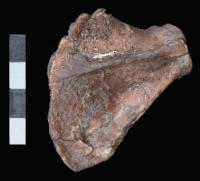