Researchers report past and future associations between jet stream dynamics, precipitation, and fire activity in California. The North Pacific Jet stream (NPJ), a high-altitude wind current, affects moisture delivery in California during winter, influencing fire activity the following summer. Eugene Wahl and colleagues reconstructed winter NPJ behavior extending back to the late 16th century CE using a combination of paleoclimate data and climate model simulations. Prior to the early 20th century, dry, high-fire extremes were associated with a maximum NPJ zonal velocity that was weaker, northward-shifted, and had a wider latitudinal spread, compared with wet and low-fire extremes. This association between precipitation extremes and the NPJ persisted during the 20th and 21st centuries, but the association between the NPJ and fire extremes did not, likely reflecting the introduction of modern fire suppression in the early 20th century. Simulations of future California climate suggest that under high CO2 conditions, by the late 21st century, increasing temperatures will lead to reduced snowpack, drier summers, and increased fire risk independent of changes in winter precipitation. Recent examples of wet years with high fire activity, such as 2017, may be early evidence of this change, according to the authors. 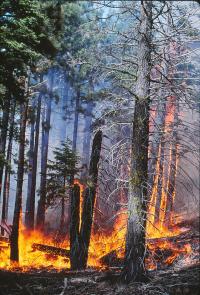 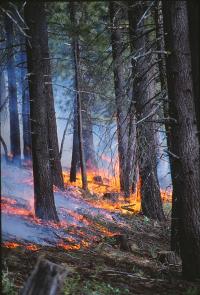 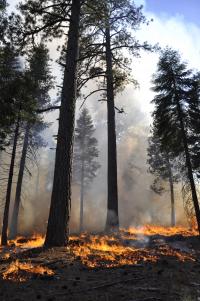