In contradiction to the long-standing idea that larger planets take longer to form, U.S. astronomers today announced the discovery of a giant planet in close orbit around a star so young that it still retains a disk of circumstellar gas and dust.

"For decades, conventional wisdom held that large Jupiter-mass planets take a minimum of 10 million years to form," said Christopher Johns-Krull, the lead author of a new study about the planet, CI Tau b, that will be published in the Astrophysical Journal. "That's been called into question over the past decade, and many new ideas have been offered, but the bottom line is that we need to identify a number of newly formed planets around young stars if we hope to fully understand planet formation."

CI Tau b is at least eight times larger than Jupiter and orbits a 2 million-year-old star about 450 light years from Earth in the constellation Taurus. Johns-Krull and a dozen co-authors from Rice, Lowell Observatory, the University of Texas at Austin, NASA and Northern Arizona University made the peer-reviewed study available online this week.

Earth and the sun are more than 4 billion years old, and while the 3,300-plus catalog of exoplanets includes some older and some younger than Earth, the obstacles to finding planets around newly formed stars are varied and daunting, Johns-Krull said. There are relatively few candidate stars that are young enough, bright enough to view in sufficient detail with existing telescopes and still retain circumstellar disks of gas and dust from which planets form. Stars so young also are often active, with visual outbursts and dimmings, strong magnetic fields and enormous starspots that can make it appear that planets exist where they do not.

CI Tau b orbits the star CI Tau once every nine days. The planet was found with the radial velocity method, a planet-hunting technique that relies upon slight variations in the velocity of a star to determine the gravitational pull exerted by nearby planets that are too faint to observe directly with a telescope. The discovery resulted from a survey begun in 2004 of 140 candidate stars in the star-forming region Taurus-Auriga.

"This result is unique because it demonstrates that a giant planet can form so rapidly that the remnant gas and dust from which the young star formed, surrounding the system in a Frisbee-like disk, is still present," said Lisa Prato of Lowell Observatory, co-leader of the young planet survey and a co-author on the paper. "Giant planet formation in the inner part of this disk, where CI Tau b is located, will have a profound impact on the region where smaller terrestrial planets are also potentially forming."

The team observed CI Tau dozens of times from the University of Texas at Austin's McDonald Observatory near Fort Davis, Texas; the Lowell Observatory in Flagstaff, Ariz.; the NASA Infrared Telescope Facility and the Keck II telescopes on Mauna Kea, Hawaii; and the Kitt Peak National Observatory's 2.1- and 4-meter telescopes in southern Arizona.

Initial optical radial velocity data from McDonald Observatory confirmed that a planet might be present, and the team added photometry measurements from Lowell and five years of infrared observations from Hawaii, Kitt Peak and McDonald to rule out the possibility that the optical signal resulted from starspots or another masking phenomenon.

Johns-Krull said the team has examined about half of the young stars in the Taurus-Auriga survey sample, and the data from several of these suggest that more planets may be found.

"Ours isn't the only group looking for planets around young stars, and my hope is that astronomers can find enough of them to shed light on some of the nagging questions about planet formation," Johns-Krull said. "For instance, the 'brown dwarf desert,' an unexplained paucity of objects that are larger than giant planets but smaller than stars. If close investigation of young stars reveals more brown dwarfs in short-period orbits than elsewhere, that could confirm the theory that they tend to merge with their central stars within a few million years of forming."

Located on a 300-acre forested campus in Houston, Rice University is consistently ranked among the nation's top 20 universities by U.S. News & World Report. Rice has highly respected schools of Architecture, Business, Continuing Studies, Engineering, Humanities, Music, Natural Sciences and Social Sciences and is home to the Baker Institute for Public Policy. With 3,910 undergraduates and 2,809 graduate students, Rice's undergraduate student-to-faculty ratio is 6-to-1. Its residential college system builds close-knit communities and lifelong friendships, just one reason why Rice is ranked No. 1 for best quality of life and for lots of race/class interaction by the Princeton Review. Rice is also rated as a best value among private universities by Kiplinger's Personal Finance. To read "What they're saying about Rice," go to http://tinyurl.com/RiceUniversityoverview. 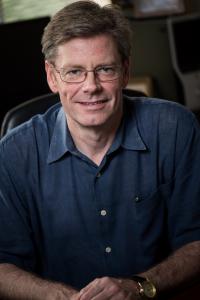