CHICAGO — In an aggressive disease known for poor response rates, researchers from The University of Texas MD Anderson Cancer Center found patients with advanced colorectal cancer responded well to a combination therapy of the drugs vermurafenib, cetuximab and irinotecan.

The Phase I trial, presented Saturday, May 31 in a poster discussion at the American Society of Clinical Oncology's 2014 Annual Meeting in Chicago, examines a specific mutation in the BRAF gene, which is present in 5 to 10 percent of colorectal cancer patients.

Previous research identified this mutation as a target for therapy, but response rates with single agent vemurafenib were poor, leading researchers to inquire about combining it with different drugs.

"Patients with a BRAF mutation in colorectal cancer are recognized for having aggressive disease that doesn't typically respond to standard chemotherapy," said David Hong, M.D., associate professor, Investigational Cancer Therapeutics and lead author. "So when BRAF inhibitors initially started, there was excitement this could become the new standard of care, however we found they didn't work very well."

In the trial, researchers combined escalating doses of vermurafenib (V), along with cetuximab (C) and irinotecan (I), two drugs previously used in the treatment of metastatic colorectal cancer. Twelve patients were enrolled at two dose levels including seven at dose level one (V-480 mg, C-250 mg and I-180 mg) and five at dose level two with vemurafenib increased to 720 mg.

Radiographic images were evaluated every four cycles over the course of a 14-day cycle of treatment. Patients were assessed for adverse events with the most common including rash, diarrhea and nausea.

Of the nine evaluable patients, partial responses or stable disease was seen in all eight patients with colorectal cancer who underwent restaging scans following the beginning of their treatment. The response rate for the eight colorectal patients was 50 percent, whereas response rates with single agent vemurafenib are less than 10 percent.

"What's promising is the fact that we're seeing these high response rates in early studies which suggests this could become a new standard of care down the line," Hong said. "There's clearly some kind of synergistic activity with the combination."

A U.S. cooperative randomized Phase II trial of this combination in BRAF-mutated colorectal cancer will begin later this summer led by Scott Kopetz, M.D., Ph.D., in Gastrointestinal Medical Oncology who's the senior author on the Phase I study.

"While early, the exciting aspect is that we're seeing substantial response rates, but questions remain about the duration of these responses and what the mechanisms of resistance are," Kopetz said. "By expanding on our initial findings and moving to the cooperative group network we'll be able to rapidly perform studies that could lead to getting this combination approved." 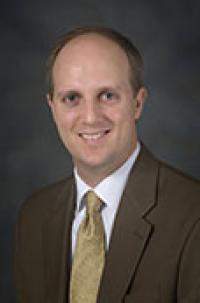