TORONTO, ON - Clean solutions to human energy demands are essential to our future. While sunlight is the most abundant source of energy at our disposal, we have yet to learn how to capture, transfer and store solar energy efficiently. According to University of Toronto chemistry professor Greg Scholes, the answers can be found in the complex systems at work in nature.

"Solar fuel production often starts with the energy from light being absorbed by an assembly of molecules," said Scholes, the D.J. LeRoy Distinguished Professor at U of T. "The energy is stored fleetingly as vibrating electrons and then transferred to a suitable reactor. It is the same in biological systems. In photosynthesis, for example, antenna complexes comprised of chlorophyll capture sunlight and direct the energy to special proteins called reaction centres that help make oxygen and sugars. It is like plugging those proteins into a solar power socket."

In an article in Nature Chemistry to be published on September 23, Scholes and colleagues from several other universities examine the latest research in various natural antenna complexes. Using lessons learned from these natural phenomena, they provide a framework for how to design light harvesting systems that will route the flow of energy in sophisticated ways and over long distances, providing a microscopic "energy grid" to regulate solar energy conversion.

A key challenge is that the energy from sunlight is captured by coloured molecules called dyes or pigments, but is stored for only a billionth of a second. This leaves little time to route the energy from pigments to molecular machinery that produces fuel or electricity. How can we harvest sunlight and utilize its energy before it is lost?

"This is why natural photosynthesis is so inspiring," said Scholes. "More than 10 million billion photons of light strike a leaf each second. Of these, almost every red-coloured photon is captured by chlorophyll pigments which feed plant growth." Learning the workings of these natural light-harvesting systems fostered a vision, proposed by Scholes and his co-authors, to design and demonstrate molecular "circuitry" that is 10 times smaller than the thinnest electrical wire in computer processors. These energy circuits could control, regulate, direct and amplify raw solar energy which has been captured by human-made pigments, thus preventing the loss of precious energy before it is utilized.

Last year, Scholes led a team that showed that marine algae, a normally functioning biological system, uses quantum mechanics in order to optimize photosynthesis, a process essential to its survival. These and other insights from the natural world promise to revolutionize our ability to harness the power of the sun.

"Lessons from nature about solar light harvesting" was written by Scholes, Graham Fleming of the University of California, Berkeley, Alexandra Olaya-Castro of University College, London UK and Rienk van Grondelle of VU University in Amsterdam, The Netherlands. 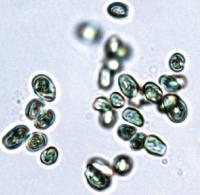 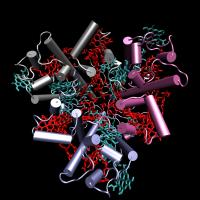