The rapidly rising levels of carbon dioxide in the atmosphere affect plants' absorption of nitrogen, which is the nutrient that restricts crop growth in most terrestrial ecosystems. Researchers at the University of Gothenburg have now revealed that the concentration of nitrogen in plants' tissue is lower in air with high levels of carbon dioxide, regardless of whether or not the plants' growth is stimulated. The study has been published in the journal Global Change Biology.

Researcher Johan Uddling has been working with Swedish and international colleagues to compile data on how raised levels of carbon dioxide impact on plant growth and nitrogen absorption.

"The findings of the study are unequivocal. The nitrogen content in the crops is reduced in atmospheres with raised carbon dioxide levels in all three ecosystem types. Furthermore, we can see that this negative effect exists regardless of whether or not the plants' growth increases, and even if fertiliser is added. This is unexpected and new," says Johan Uddling, senior lecturer at the Department of Biological and Environmental Sciences at the University of Gothenburg.

When carbon dioxide levels in the air increase, crops in future will have a reduced nitrogen content, and therefore reduced protein levels. The study found this for both wheat and rice, the two most important crops globally. The study also reveals that the strength of the effect varies in different species of grassland, which may impact on the species composition of these ecosystems.

"For all types of ecosystem the results show that high carbon dioxide levels can impede plants' ability to absorb nitrogen, and that this negative effect is partly why raised carbon dioxide has a marginal or non-existent effect on growth in many ecosystems," says Johan Uddling.

Accepted "truths" do not hold

Reduced nitrogen content in atmospheres with raised carbon dioxide has previously been attributed to a kind of dilutive effect, in which nitrogen absorption fails to keep pace with the increase in plants' photosynthesis and growth.

"The findings of this study show that this interpretation is simplified and partly incorrect. We are seeing reduced nitrogen content even when growth has not been affected. Moreover, the effect is there in trials with powerful fertiliser, which indicates that it is not down to limited access to nitrogen in the soil. Future studies should look at what is causing the effect, but it appears to be linked to plants' capacity to absorb nitrogen rather than to changed levels in the soil," says Johan Uddling. 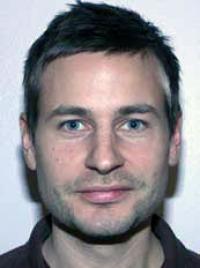