Research by an international team of environmental scientists from the United Kingdom, Belgium and United States, including Indiana University, has found that plants that associate with one type of symbiotic fungi grow bigger in response to high levels of carbon dioxide, or CO2, in the atmosphere, but plants that associate with the other major type of symbiotic fungi do not.

The study, which appears online today in the journal Science, calls into question whether the 'greening of the Earth' that results from carbon dioxide stimulation of plant growth -- often called the "CO2 fertilization effect" -- will persist as fossil fuel emissions continue to rise globally.

"Pumping extra carbon dioxide into a greenhouse is a common tactic to stimulate plant growth, but nature is much more complex than a greenhouse," said Richard Phillips, associate professor in the IU College of Arts and Sciences' Department of Biology, who is a co-author on the study. "So, there is great debate about whether pumping carbon dioxide into the atmosphere through fossil fuel combustion stimulates plant growth in nature, where soil nutrient levels are typically much lower than in a greenhouse."

Fungi that form symbiotic relationships with plants are called mycorrhizal fungi. Over 90 percent of all plant life on Earth associates with mycorrhizal fungi, which provide plants with soil nutrients in exchange for plant carbohydrates.

"While researchers have long known that mycorrhizal fungi play an essential role in the growth and health of plants, their role in helping ecosystems store carbon has never been investigated on such a broad scale -- until now," said second-year PhD student Cesar Terrer of Imperial College London, who is first author on the paper. "Our analysis is the first to demonstrate that only plants that associate with a certain type of fungal partner - one that helps them acquire nitrogen from soil - are likely to grow bigger as carbon dioxide levels rise."

Other authors are on the study are Colin Prentice of Imperial College London; Sara Vicca of the University of Antwerp, Belgium; and Bruce A. Hungate of the Northern Arizona University.

The research team examined 83 experimental studies of plant responses to CO2 levels equivalent to those expected by the year 2050, assuming an increase of about 2 percent each year globally.

They found a marked difference in the ability of certain plants to take advantage of increased CO2 levels. Plants that grew in nitrogen-rich soils were able to grow bigger and sustain high levels of growth throughout the experiment, following expectations. In nitrogen-poor soils, however, only plants that associate with a certain type of symbiotic fungi were able to keep growing larger.

The group of fungi that enabled plants to grow bigger under high CO2 levels is ectomycorrhizal fungi - a type of fungi that helps plants access soil nutrients by decomposing organic matter, such as the remains of dead plants and microbes.

Plants that associate with the other major type of mycorrhizal fungi - arbuscular mycorrhizal fungi - were unable to maintain high levels of growth under elevated CO2. While these fungi also increase plant access to nutrients, they cannot access nutrients locked up in soil organic matter.

"Nearly all plants associate with only a single type of mycorrhizal fungi," said Phillips. "And since the type of fungal associates are known for most plant species, we can begin to predict which ecosystems may respond favorably to high levels of CO2 and which ones will not."

About 30 percent of human CO2 emissions are currently absorbed by land-based ecosystems, without which climate change would be happening even faster than it is now.

The results of this study should enable climate scientists make more accurate predictions of the effects of CO2 in the future, Phillips said.

"In some ways, our research represents encouraging news in that many of our forests may continue to slow climate change by soaking up carbon dioxide," he added. "On the other hand, it is sobering in that the CO2 fertilization effect may occur on a relatively small fraction of the Earth's surface. And if climate change also increases the frequency and intensity of disturbances such as droughts and floods, the magnitude of the plant growth response to high carbon dioxide will be diminished."

Research by Phillips was supported by the U.S. Department of Energy and the National Science Foundation. 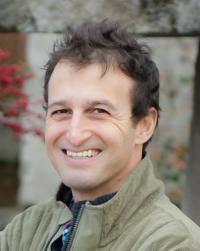