BUFFALO, N.Y. - The regulatory approaches to marijuana and tobacco in the United States are on decidedly different paths and, according to researchers from the U.S. and Australia, neither side appears interested in learning from the other.

"The two policy communities have shown very little interest in each other's policy debates," Wayne Hall and Lynn Kozlowski write in a new paper published in the journal Addiction.

Hall, the lead author, is a professor at the Centre for Youth Substance Abuse Research at the University of Queensland, Australia, and is an expert on marijuana and other drug use issues. Kozlowski is professor of community health and health behavior in the University at Buffalo's School of Public Health and Health Professions and an expert on tobacco use and control.

Their paper takes a look at the diverging trajectories of cannabis and tobacco policies in the United States and attempts to explain some of the reasoning behind the different paths, while discussing possible implications.

For tobacco control, the push is toward what Kozlowski calls "a kind of prohibition," mandating that only very low nicotine cigarettes are sold. The cannabis policy community, however, is advocating for quite the opposite -- legal recreational use of marijuana.

Why are the approaches so different?

"One group perceives the downside of banning products and accepts an inevitability of some recreational use," Kozlowski said, referring to marijuana advocates, "and the other does not accept recreational use and seeks a kind of prohibition."

The differences can also be explained by examining who's part of each group. The tobacco control community includes tobacco researchers, public health advocates, non-governmental organizations and government officials. The cannabis community is more diverse, Hall and Kozlowski point out, noting that it comprises civil liberties lawyers, civil rights advocates and supporters of reforming drug laws.

The cannabis community has another thing going for it: the fact that the legalization of recreational marijuana was preceded by legalizing the drug for medical use. In a way, that has softened the response to legalizing marijuana for recreational use, Hall and Kozlowski say.

"If you think the product is able to cure some ills, then that can justify use. The fun of it becomes a kind of bonus," Kozlowski said.

Despite the differences, the two policy communities could learn a few lessons from each other. "For cannabis, assume that 'big cannabis' -- large legal cannabis businesses -- will behave with the same limited sense of corporate responsibility as has 'big tobacco,'" Kozlowski said. "For tobacco, give up on moving toward a prohibition of traditional cigarettes -- an endgame -- and use public health tools to minimize the use of the most dangerous tobacco products, cigarettes."

The paper also points out that the challenge for public policy makers in regulating marijuana is in applying what has worked in alcohol and tobacco control. That includes such policies as taxes based on potency to mitigate heavy use and dependence, limiting availability through trading hours and the number of outlets that sell the product, and restricting promotional activities.

"Lessons can be drawn from cannabis policy that are relevant to tobacco, and vice versa. Neither a focus on 'endgames' nor on burgeoning, legal retail markets should be approached uncritically," Kozlowski said.

In the end, Kozlowski added, "The proper regulation of recreational drug products that have some adverse effects should be to restrict youth access, promote cessation of use in those who desire to quit, promote less-harmful modes of use by providing accurate and useful information to consumers." 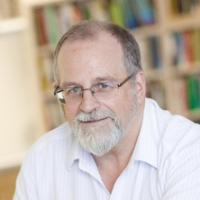