Gaithersburg, Md. -- A toxicologist with the U.S. Environmental Protection Agency (EPA) and an engineer in cellular biology are the winners of the PETA International Science Consortium Ltd.'s third annual Early-Career Scientist Award, which allows young scientists to attend the prestigious Institute for In Vitro Sciences Practical Methods for In Vitro Toxicology Workshop.

Dr. Baylor Steele, an EPA toxicologist, and Dr. Aline Chary, an engineer in cellular biology with the Luxembourg Institute of Science and Technology in Belvaux, Luxembourg, were standouts in a pack of highly skilled applicants from around the world.

Both winners will attend next month's workshop in Gaithersburg, which includes four days of informative lectures by experts in the field of in vitro toxicology as well as hands-on laboratory experience in applying in vitro methods to test for skin and eye irritation and corrosion, skin sensitization, phototoxicity, and cytotoxicity.

Dr. Steele's professional goals align with the recent decision by the EPA to end toxicity tests on mammals. By participating in the workshop, he will receive training that will help the agency advance the use of non-animal toxicity methods for testing pesticide products.

At the Luxembourg Institute of Science and Technology, Dr. Chary is working to advance the development and implementation of in vitro methods for testing the effects of substances on the lungs. She is also finding replacements for fetal bovine serum, which is widely used in laboratories but is associated with many scientific and ethical issues.

"The PETA International Science Consortium honors scientists, such as Drs. Steele and Chary, who are in the early stages of their careers yet have already demonstrated extraordinary scientific achievement," says Science Consortium President Dr. Amy Clippinger. "The skills that they develop in this workshop will help them pioneer the use of non-animal tests in their respective fields."

While human-relevant, animal-free research methods are vital to a career in toxicology and are being widely adopted by industry leaders, graduate school programs often lag behind in providing a comprehensive background in these methods. The Science Consortium helps fill this gap by providing awards and a dedicated website on opportunities for early-career scientists.

The PETA International Science Consortium Ltd. works to accelerate the development, validation, and global implementation of animal-free testing. It was established in 2012 to coordinate the scientific and regulatory expertise of its members--PETA U.S., PETA U.K., PETA Germany, PETA India, PETA Netherlands, PETA France, PETA Asia, and PETA Australia. The Science Consortium and its members have donated millions of dollars toward helping to reduce and replace animal use.

The Institute for In Vitro Sciences, Inc., is a nonprofit research and testing laboratory dedicated to the advancement of in vitro (non-animal) methods worldwide. Founded in 1997, the institute is unique in its position as a high-quality testing laboratory that also offers technical and educational resources to advance the field. 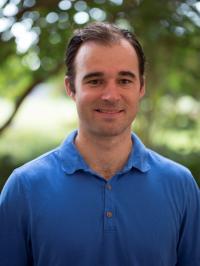 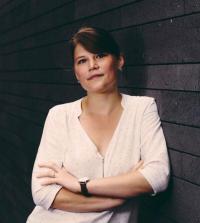