The 2020 Tyler Prize for Environmental Achievement - often described as the 'Nobel Prize for the Environment' - has been awarded to conservation biologist Gretchen C. Daily, and environmental economist Pavan Sukhdev, both pioneers in illuminating and quantifying the economic value of our natural environment.

In May 2019, the United Nations Global Assessment Report on Biodiversity and Ecosystem Services highlighted devastating biodiversity loss and warned that societies cannot continue to pursue forms of economic growth that are blind to nature. But while the conclusions of this report came as news to many, Professor Gretchen C. Daily had been warning the world for years.

"We can think of ecosystems as a type of capital asset; just as we have assets like human capital, or financial capital, we also have 'natural capital'", said Daily.

"We depend utterly on living natural capital - Earth's lands, waters, and biodiversity. Just imagine trying to live without it, on the moon. But around the world, we are liquidating nature, at accelerating rates".

Daily's ground breaking work forecasting biodiversity change, and estimating the values of ecosystems and their services, started when she was a PhD student, when typical conservation scientists justified their efforts to conserve nature simply for the value of its existence. Her risky, non-classical research projects bore ideas that have transformed the way we think about conservation.

"Gretchen showed how there could be other quantitative values on ecosystems through developing and organising the field of ecosystem services," reflects Hugh Possingham, Professor of Ecology and Mathematics at The University of Queensland. "This research... set her apart as a globally-significant thought leader".

Daily summarized the many services nature provides in her 1997 book, Nature's Services: Societal Dependence on Natural Ecosystems. The book was dubbed, "one of the most influential books published on the environment in the past 30 years", by Diana H. Wall, Tyler Prize Laureate (2013) and Distinguished Professor at Colorado State University.

In 2005, Daily co-founded the Natural Capital Project, whose mission is 'to pioneer the science, technology, and partnerships that enable informed decisions for people and nature to thrive.'

Today, the 'NatCap' Project is one of the world's leading organizations equipping decision-makers with tools and information to make policies and investments that empower green growth. Just one example is NatCap's 'InVEST' software platform, designed to quantify and map the return-on-investment in nature, and risks and costs of its loss, under future scenarios. The software makes the science accessible and actionable, and has been applied in more than 180 nations, in policy, finance and management.

"Remember that nature has not been a part of economic accounting systems in the past. We just took it for granted that we're going to get clean air, clean water, carbon sequestration. The use of economic tools by a biologist is not something that we find in everyday practice, and this has been Gretchen's great gift." reflects Julia Marton-Lefèvre, Tyler Prize Chair.

Renowned biologist Professor Paul Ehrlich, holds Daily in the highest regard: "In my view, she is the most important scholar working on environmental sustainability issues in the world today".

"Often we appreciate the costs of loss - of flooding after clearing forests, or polluted drinking water after destroying wetlands - only after it's too late", said Daily.

When Pavan Sukhdev was chosen to lead a seemingly routine study into the economic benefits of biodiversity and the economic costs of its degradation and loss, few could have imagined the impact that would follow. When the first report of "The Economics of Ecosystems and Biodiversity" (TEEB) was published, during the peak of the 2008 Global Financial Crisis, news outlets around the world began to dedicate headlines to the staggering cost of deforestation to the global economy.

The TEEB report would go on to become a foundation for the Green Economy movement - an achievement for which Sukhdev is being awarded the 2020 Tyler Prize.

"You don't have to be an environmentalist to care about protecting the environment. Just ask a farmer who now has to rent beehives to pollinate his crops, because there are no longer enough bees in wild nature to do the job for free. But bees don't send invoices, so the value of their services is not recognized", says Sukhdev, explaining the economic invisibility of nature.

As a former Managing Director at Deutsche Bank, Sukhdev was perhaps an unusual choice of environmental leader. A financial markets professional for twenty-five years, he was uniquely placed to put the consequences of environmental decline into financial and business terminology, and help politicians and business leaders to understand the consequences of their policy and business choices, revolutionizing how decision-makers would come to view the natural world.

The UN appointed Sukhdev to lead the 'Green Economy Initiative', one of the nine Joint Crisis Initiatives launched in 2009 by the UN Secretary General. The Initiative demonstrated that the greening of economies is actually a new engine for economic growth, a source of new employment, and a means to poverty alleviation.

"His work, particularly with UNEP's 'TEEB' and 'Green Economy Initiative' has led to extraordinary improvements in our understanding of the economics of ecosystems and biodiversity", reflects Julia Marton-Lefèvre, Tyler Prize Chair.

"Using economic instruments to measure what we get from nature may make us take nature's services more seriously".

After years challenging corporations to transition to a sustainable economy, Sukhdev decided to show the world how; founding GIST Advisory, a sustainability consulting network, in 2011. A collective of leading minds from the fields of economics, ecology, environment, finance and policy, GIST Advisory provides sustainability consultancy services to enable governments, corporations and banks to value and manage their impacts on natural, social and human capital.

Sukhdev's transformative ideas have earned him high praise from distinguished colleagues, such as the world-renowned ecologist and Tyler Prize Laureate (2001) Thomas E. Lovejoy calling him, "the most original individual working in this space".

"Sukhdev's phenomenal contribution to the global understanding of ecological and environmental value will define our approach to conservation for generations to come", comments Satya S. Tripathi, UN Assistant Secretary-General.

On April 30th 2020, Daily and Sukhdev will deliver a public presentation about their work at the New York Academy of Sciences in New York City.

In a private ceremony on May 1, the Tyler Prize Executive Committee and distinguished members of the international environmental community will join to honour the two new Laureates during a ceremony at the Intercontinental Barclay Hotel in New York City.

Prize amount: $200,000, to be shared equally between the Laureates

The Tyler Prize is administered by the University of Southern California 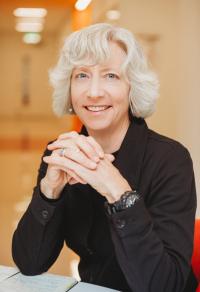 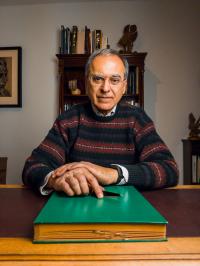