Knowing when to fight and when to flee is a big part of many animal societies, including our own.

University of Cincinnati biologist Elizabeth Hobson says some animals make the call based on a sophisticated understanding of social standing and their place in it.

"We have a phrase: Choose your battles wisely. Animals do that. People do that," said Hobson, an assistant professor in UC's College of Arts and Sciences.

In a new article published in the journal Current Opinion in Psychology, Hobson says animals such as monk parakeets seem to understand where they fit in a dominance hierarchy and pick their fights accordingly. This high-level social information helps animals improve or maintain their status.

Dominance hierarchies are common social organizations in nature. They're found in everything from hermit crabs to human society, Hobson said.

The most basic understanding comes from firsthand experience.

"The low-information case is when animals only perceive and remember things that happened to them. A good example of this is if you are beaten in a fight. You remember that you lost but not to whom you lost," she said.

Biologists say these battles can have a lasting impact on the combatants called winner effects and loser effects. Winners are more likely to be aggressive in future conflicts while losers are less likely to meet aggression with aggression or pick a new fight.

"With a strong loser effect, if you got beaten, you're less likely to fight again in the future," Hobson said.

Other animals might remember losing to a particular foe and be less inclined to challenge that foe in the future.

"What if you don't just remember the outcome but you remember who beat you? You can build on that," she said. "Going forward, you'll be less aggressive with the individual who beat you. It's a different social dynamic."

But some animals can make judgments not just through their own direct interactions but by observing other animals and making inferences about where those would-be opponents stand in the hierarchy.

This ability, known as transitive inference, goes like this: If animal A beats animal B and animal B beats animal C, you know animal A can beat animal C. It's a logical conclusion some animals seem to understand, Hobson said.

"Maybe they never have to fight C or they'll know they can beat C," she said.

Hobson is putting her ideas to the test with captive parakeets.

"This paper is setting up a perspective I want to push in my research program. It will be an exciting time," Hobson said. 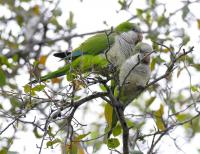 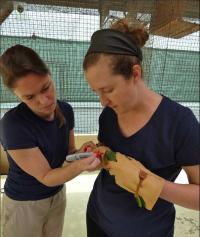