What usually comes to mind when speaking about biodiversity hotspots are tropical regions, pristine areas and magnificent forests. Meanwhile, it is quite rare that a city in a temperate zone is considered significant in terms of biodiversity, much less mentioned as a hotspot. Yet, the city of Ottawa together with its surroundings, despite having population surpassing 1 million people, is now confirmed to be the locality in North America with the most recorded species of braconid wasps in the subfamily Microgastrinae, a group of parasitic insects that attack caterpillars and play an important role in the natural biocontrol of agriculture and forestry pests.

A study published in ZooKeys reports 158 species within 21 different genera of Microgastrinae for Ottawa. "To put this into perspective," says Dr. Jose Fernandez-Triana, affiliated with the Canadian National Collection of Insects and lead author of the paper, "if Ottawa (a relatively small area of less than 7,800 km2) would be considered as a country itself, its species total would rank 17th among all countries in the world."

There are close to 200 species of microgastrine wasps known from Canada and around 350 - from North America. Thus, the fauna in Ottawa equals to three quarters of the total recorded for the entire country, and almost half of all species in the Nearctic region. In fact, the diversity in the Canadian capital represents by far the highest number of species ever recorded for a locality in North America, a consequence of the city being a transition from an eastern deciduous forest biome to a boreal biome, with small areas of unusual habitats like dunes, alvars, floodplains and bogs.

Based on the analysis of almost 2,000 specimens, collected between 1894 and 2010, and housed in the Canadian National Collection of Insects, the paper also reports two new species for North America and two additional species records for Canada and Ontario, as well as dozens of new additions to the regional fauna. Seasonal distribution showed several peaks of activity, in spring, summer, and early fall.

The study highlights the incredible diversity of parasitoid wasps and how much remains to be discovered, even in temperate areas and/or city environments. "It is possible that southern localities in North America are eventually found to be more diverse than Ottawa," notes Dr. Fernandez-Triana. "But for that to happen one would need to find an area that has a variety of habitats and has also been thoroughly sampled over the years, with thousands of specimens available for study."

"In the meantime," jokes the scientist, "the citizens of the Canadian capital will have the bragging rights in North America, at least for microgastrine wasp diversity." 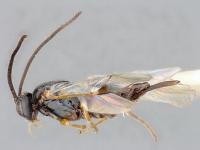 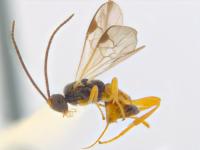