The East Antarctic ice sheet appears to be more vulnerable than expected, due to a strong wind that brings warm air and blows away the snow. That is the conclusion reached by a team of climate researchers led by Jan Lenaerts (Utrecht University/KU Leuven) and Stef Lhermitte (TU Delft/KU Leuven), based on a combination of climate models, satellite observations and on-site measurements. Their conclusions will be published in Nature Climate Change on 12 December. "Tens of meters of rising sea levels are locked away in Antarctica", says Lenaerts. "And our research has shown that also East Antarctica is vulnerable to climate change."

Current IPCC projections show large uncertainties in Antarctica's contribution to sea level rise, because the role of ice shelf processes remains uncertain. Lenaerts explains: "Little climate change is observable in East Antarctica, because the area is so isolated from the rest of the world." However, to the researchers' astonishment, the ice shelves in some regions of East Antarctica are melting faster than scientists had previously assumed. These ice shelves appear to be extremely sensitive to climate change.

Through a unique combination of field work, satellite data and a climate model, the researchers were able to explain why some parts of the East Antarctica ice shelves are melting so rapidly. This is because the strong and persistent wind transports warm, dry air to the region, and blows away the snow. This darkens the surface, which subsequently absorbs more of the sun's heat. The result is a local warmer microclimate with a few literal 'hotspots'. Because the ice shelf is floating in the ocean, its melting does not immediately contribute to sea level rise. However, the ice shelves around Antarctica are extremely important for ice sheet stability, because they hold back the land ice. If the ice shelves collapse, this land ice ends up in the ocean and consequently sea level will rise.

Part of the research conducted by Lenaerts and Lhermitte focused on a mysterious crater that was spotted on the King Baudoin ice shelf. "At the time, the media reported that it was probably a meteorite impact crater", Lenaerts says. "My response was: in that area? Then it's definitely not a meteorite; it's proof of strong melting."

In January 2016, the researchers visited the crater and discovered that it was a collapsed lake, with a moulin - a hole in the ice- which allowed the water to flow into the ocean. Lhermitte: "That was a huge surprise. Moulins typically are observed on Greenland. And we definitely never see them on an ice shelf." Moreover, the researchers discovered that there were many meltwater lakes hidden under the surface of the ice, some of which were kilometres across. Underwater video images provide a clear image of the amount of meltwater present in the area.

Is this a sign of climate change? "The crater isn't new; we found it on satellite images from 1989. The amount of melt water differs immensely from year to year, but it clearly increases during warm years", according to Lhermitte. Last year, an influential publication showed that Antarctica's contribution to rising sea levels depends largely on the stability of these melting ice shelves. Lenaerts: "That study indicated that West Antarctica is extremely sensitive to climate change. But our research now suggests that the much larger East Antarctica ice sheet is also very vulnerable."

The study is a collaborative effort by Utrecht University, TU Delft, KU Leuven, Université Libre de Bruxelles and the Alfred-Wegener-Institut.

A video is available at https://youtu.be/hLqhY8upiBI.

More visuals are available in this stunning web story. Login required until embargo lifts. Please send an email to katrien.bollen@kuleuven.be or to the researchers. 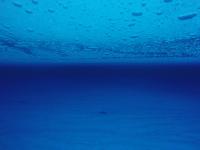 Meltwater Stream inside the Crater