Honey bee colonies around the world are at risk from a variety of threats, including pesticides, diseases, poor nutrition and habitat loss. Recent research suggests that one threat stands well above the others: a parasitic mite, Varroa destructor, which specializes in attacking honey bees.

For decades, researchers have assumed that varroa mites feed on blood, like many of their mite and tick cousins. But new University of Maryland-led research suggests that varroa mites instead have a voracious appetite for a honey bee organ called the fat body, which serves many of the same vital functions carried out by the human liver, while also storing food and contributing to bees' immune systems.

The research, published in the Proceedings of the National Academy of Sciences on January 14, 2019, could transform researchers' understanding of the primary threats to honey bees while pointing the way toward more effective mite treatments in the future.

"Bee researchers often refer to three Ps: parasites, pesticides and poor nutrition. Many studies have shown that varroa is the biggest issue. But when compromised by varroa, colonies are also more susceptible to the other two," said UMD alumnus Samuel Ramsey (Ph.D. '18, entomology), the lead author of the paper. "Now that we know that the fat body is varroa's target, this connection is now much more obvious. Losing fat body tissue impairs a bee's ability to detoxify pesticides and robs them of vital food stores. The fat body is absolutely essential to honey bee survival."

In addition to breaking down toxins and storing nutrients, honey bee fat bodies produce antioxidants and help to manage the immune system. The fatty organs also play an important role in the process of metamorphosis, regulating the timing and activity of key hormones. Fat bodies also produce the wax that covers parts of bees' exoskeletons, keeping water in and diseases out.

According to Ramsey, the assumption that varroa mites consume honey bee blood (more accurately called hemolymph in insects) has persisted since the first paper on the topic was published in the 1960s. Because this paper was written in Russian, Ramsey said, many researchers opted to cite the first English-language papers that cited the original study.

"The initial work was only sufficient to show the total volume of a meal consumed by a mite," Ramsey added. "It can be a lot easier to cite a recent summary instead of the original work. Had the first paper been read more widely, many folks might have questioned these assumptions sooner."

Ramsey noted several observations that led him to question whether varroa mites were feeding on something other than hemolymph. First, insect hemolymph is very low in nutrients. To grow and reproduce at the rates they do, varroa mites would need to consume far more hemolymph than they would be able to acquire from a single bee.

Second, varroa mites' excrement is very dry--contrary to what one would expect from an entirely liquid blood diet. Lastly, varroa mites' mouthparts appear to be adapted for digesting soft tissues with enzymes then consuming the resulting mush. By contrast, blood-feeding mites have very different mouthparts, specifically adapted for piercing membranes and sucking fluid.

The first and most straightforward experiment Ramsey and his collaborators performed was to observe where on the bees' bodies the varroa mites tended to attach themselves for feeding. If the mites grabbed on to random locations, Ramsey reasoned, that would suggest that they were in fact feeding on hemolymph, which is distributed evenly throughout the body. On the other hand, if they had a preferred site on the body, that could provide an important clue to their preferred meal.

"When they feed on immature bees, mites will eat anywhere. But in adult bees, we found a very strong preference for the underside of the bees' abdomen," Ramsey said. "More than 90 percent of mites we found on adults fed there. As it happens, fat body tissue is spread throughout the bodies of immature bees. As the bees mature, the tissue migrates to the underside of the abdomen. The connection was hard to ignore, but we needed more evidence."

Ramsey and his team then directly imaged the wound sites where varroa mites gnawed on the bees’ abdomens. Using a technique called freeze fracturing, the researchers used liquid nitrogen to freeze the mites and their bee hosts, essentially taking a physical “snapshot” of the mites’ feeding habits in action. Using powerful scanning electron microscopes located at the Electron and Confocal Microscopy Unit at the U.S. Department of Agriculture in Beltsville, Maryland, Ramsey and his USDA colleagues saw clear evidence that the mites were feeding on fat body tissue.

"The images gave us an excellent view into the wound sites and what the mites' mouthparts were doing," Ramsey said. "We could see digested pieces of fat body cells. The mites were turning the bees into 'cream of honey bee soup.' An organism the size of a bee's face is climbing on and eating an organ. It's scary stuff. But we couldn't yet verify that blood wasn't also being consumed."

To further shore up their case, Ramsey and his colleagues fed bees with one of two fluorescent dyes: uranine, a water-soluble dye that glows yellow, and Nile red, a fat-soluble dye that glows red. If the mites were consuming hemolymph, Ramsey expected to see a bright yellow glow in the mites' bellies after feeding. If they were feeding on fat bodies, on the other hand, Ramsey predicted a telltale red glow.

"When we saw the first mite's gut, it was glowing bright red like the sun. This was proof positive that the fat body was being consumed," Ramsey said. "We've been talking about these mites like they're vampires, but they're not. They're more like werewolves. We've been trying to drive a stake through them, but turns out we needed a silver bullet."

To drive the proverbial final nail into the coffin of the idea that mites feed on hemolymph, Ramsey performed one last experiment. First, he painstakingly perfected the ability to raise varroa mites on an artificial dietary regimen--hardly an easy task for a parasite that prefers meals from a live host. Then, he fed them diets composed of hemolymph or fat body tissue, with a few mixtures of the two for good measure.

The results were striking: mites fed a diet of pure hemolymph starved, while those fed fat body tissue thrived and even produced eggs.

"These results have the potential to revolutionize our understanding of the damage done to bees by mites," said Dennis vanEngelsdorp, a professor of entomology at UMD and a co-author of the study, who also served as Ramsey's advisor. "Fat bodies serve so many crucial functions for bees. It makes so much more sense now to see how the harm to individual bees plays out in the ways that we already know varroa does damage to honey bee colonies. Importantly, it also opens up so many new opportunities for more effective treatments and targeted approaches to control mites."

In addition to Ramsey and vanEngelsdorp, UMD-affiliated co-authors of the research paper include Entomology Associate Professor David Hawthorne and UMD alumni David Lim (B.S. ’15, biological sciences) and Judith Joklik (B.A. ’16, anthropology). Researchers from the U.S. Department of Agriculture, North Carolina State University and the University of Florida also contributed to the work.

This work was supported by the U.S. Department of Agriculture (Award No. 16-8130-0518-CA) and the Jackie Robinson Foundation. The content of this article does not necessarily reflect the views of these organizations. 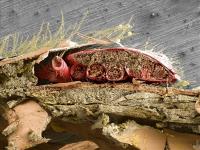 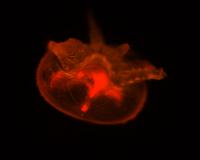