Researchers in Korea have found an effective and inexpensive strategy to transform solar cells from opaque to transparent. Existing transparent solar cells tend to have a reddish hue and lower efficiency, but by punching holes that are around 100 μm in diameter (comparable in size to a human hair) on crystalline silicon wafers, it allows light through without coloring. The holes are then strategically spaced, so the human eye is unable to "see" the pattern. The work appears December 11 in the journal Joule.

Seo says that the see-through solar cell is an ideal material to turn windows into solar panels. "Current solar cells need space. On the ground or enough space on the roof," he says. "But the roof ratio is getting smaller and smaller compared to the window area."

Furthermore, most windows are vertically placed, which causes light to hit the windows at a low angle. When hit by low angle light, the electrical current in conventional cells drops nearly 30 percent, while transparent solar cells reduce less than 4 percent--allowing it to utilize solar energy more efficiently.

"We want to replace current windows," says Seo. "There are many things we have to overcome, such as the regulations by law. We also need to have the mechanical stability and strength to apply our device to replace the current window in the building."

However, the commercialization of the transparent crystalline silicon is promising. Besides the patterning of the wafers, the fabrication process is similar to conventional solar cells in the industry. The next step for the team is to scale up the device to 25 cm2 (3.88 in2) and increase the efficiency to 15 percent.

"Silicon substrate is a very popular material in the semiconductor industry," says Seo. "We believe that this vision can apply to many different applications, such as transparent electronics. It can also be applied to mobile devices as an energy source."

This work was supported by the New Renewable Energy Core Technology Development Project of the Korea Institute of Energy Technology Evaluation and Planning and granted financial resources from the Ministry of Trade, Industry & Energy, Republic of Korea. Additional support was provided by the National Research Foundation of Korea grant funded by the Korean Government and the KU-KIST school project. The authors declare no competing interests. 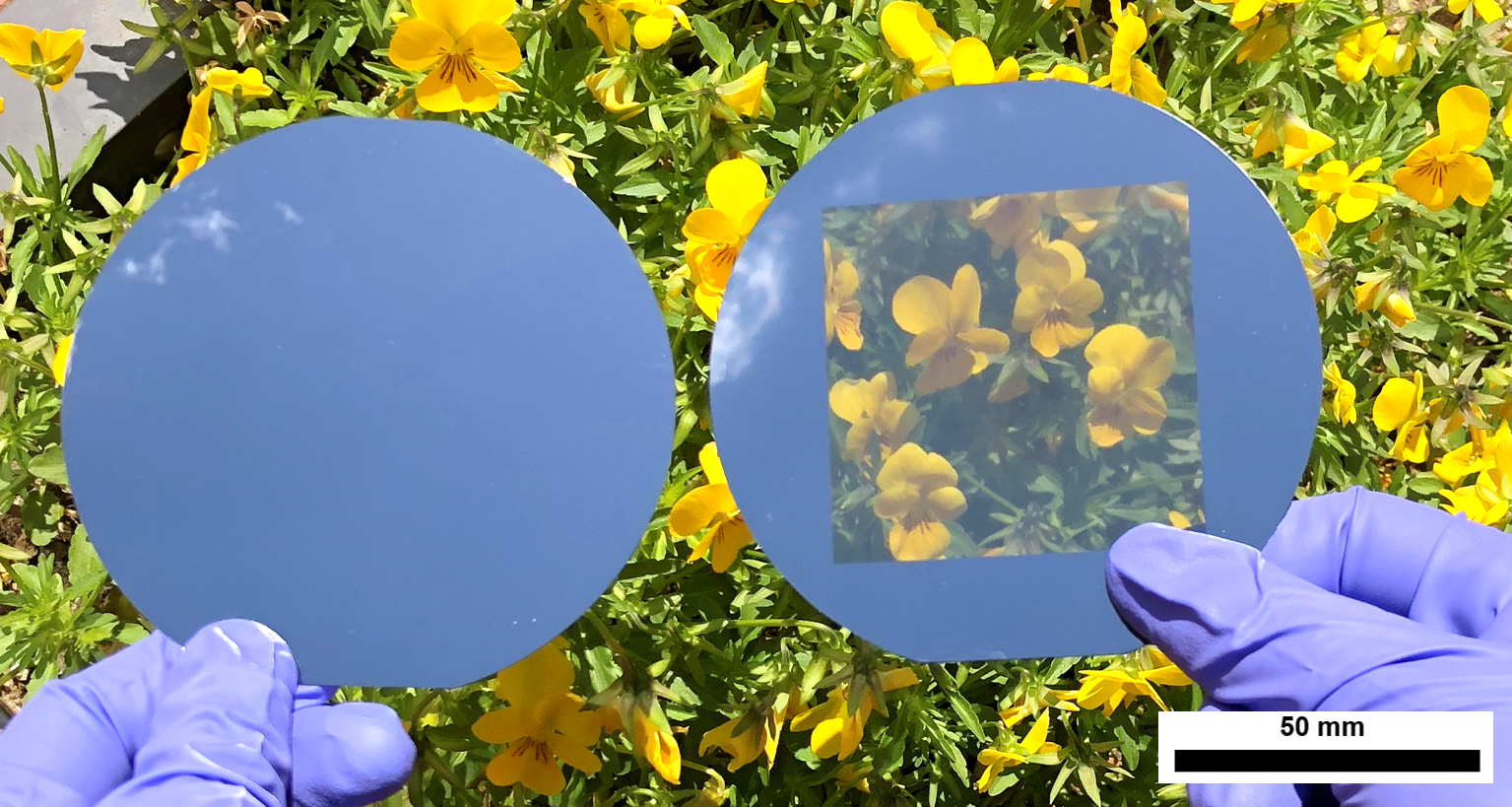