Mothers and fathers of children diagnosed with cancer are affected financially in different ways. While mothers' incomes fall in the short term and then rise, the adverse financial repercussions on fathers occur later. Researchers at Uppsala University have investigated the socioeconomic impact on parents of having a child diagnosed with cancer. The study is published in the International Journal of Cancer.

Previous research has shown that when a child falls ill with cancer, the parents are affected financially as well as psychologically. The available literature shows that mothers are more affected than fathers.

"Data from a research project I've worked on since 2005, studying the same parents of children with cancer over a long period, indicate that fathers are affected more, in the long term, than the evidence has previously borne out. In the new study, we've looked into the validity of these data," says Louise von Essen of Uppsala University's Department of Women's and Children's Health.

Using register data from Swedish public agencies, the researchers followed nearly 4,000 fathers and nearly 4,000 mothers of an equal number of children diagnosed with cancer in Sweden when 0-18 years old, five years before and ten years after diagnosis.

As for why the fathers' long-term income trend was negative, the researchers will now examine this in detail. One theory they are pursuing is that fathers more often go on working while the children are ill, and therefore receive less support than the mothers from the healthcare services and personal networks alike. Moreover, this happens while the fathers are living under a heavy burden of stress. This might cause a relatively sharp fall in wellbeing among fathers, which may in turn result in adverse financial consequences.

"In our opinion, the findings of the study provide arguments for involving mothers and fathers equally in the care of gravely ill children, and for offering psychological support to all parents of children with cancer. That way, it would be possible to reduce the risk of any group not getting any support and, because of that, suffering from harmful repercussions like a lower income in the long run," says the first author of the study, Mattias Öhman of the Institute for Housing and Urban Research at Uppsala University.

Parents' finances differently affected by having a child diagnosed with cancer 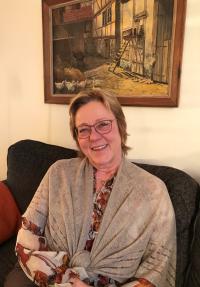