University of Vaasa (Finland) researchers propose a model that is capable of explaining 87 percent of cryptocurrency bankruptcies after only one month of trading. It could potentially serve as a screening tool for investors keen to boost overall performance of cryptocurrency investment portfolios by avoiding investing in unreliable cryptocurrencies.

Nowadays there are thousands of cryptocurrencies available. Interestingly, only a small percentage are actively traded, whereas the vast majority appears to be either inactive or have already failed. Default risk is one of the risks associated with investing in digital assets like cryptocurrencies. The question arises which factors help to predict whether a cryptocurrency will eventually go bust.

A recently published research article from Klaus Grobys and Niranjan Sapkota from the University of Vaasa in the well-known journal Applied Economics addresses this question.

In their study, the researchers examined all available 146 Proof-of-Work-based cryptocurrencies that started trading prior to the end of 2014 and tracked their performance until December 2018. They found that about 60 percent of those cryptocurrencies were eventually in default. The model of their study reveals four interesting factors that could be precursors to whether or not a coin will succeed.

The second factor is a coin's pre-mining activity which takes place prior to the ICO launch. The study's findings indicate that a high level of activity raises a red flag. Even if excessive pre-mining doesn't necessarily guarantee failure, it raises suspicions of a potential bait-and-switch - often referred to as 'pump and dump'.

The third factor that might play an important role is developer anonymity. The study provides evidence for that 79 percent of all defaulted cryptocurrencies are developed by anonymous developers. Interestingly, a correlating statistic indicates that 58 percent of new coin developers choose to remain anonymous.

Finally, the study also shows that rewards and supply matter as there appears to be a correlation between longevity and two other factors: lower minimum rewards and coin supply. This result is rather puzzling when considering how critical coin mining is to the sustainability of any cryptocurrency. Specifically, without mining, a cryptocurrency network could not be maintained.

"Our study is a first attempt to reveal potential links between factors that could relate to coin success or failure. The links that we established in our study are not necessarily causal and much more research needs to be done on this issue," says Dr. Klaus Grobys from the University of Vaasa. 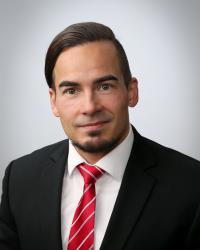