Today, millions of Americans say they practice some form of yoga and/or meditation. It’s become a health fad. Yet the goal of these practices seems unknown or elusive to many practitioners — transcendence.

An article: Transcendental experiences during meditation practice, by Fred Travis, PhD, Director of the Center for Brain, Consciousness, and Cognition at Maharishi University of Management, provides an overview of research on individuals experiencing higher states of consciousness. It is published today in Annals of the New York Academy of Sciences: January 2014, Volume 1307, Advances in Meditation Research: Neuroscience and Clinical Applications, pages 1–8.

The paper is based on a presentation Dr. Travis was invited to give at “Advances in Meditation Research” (AMR), a meeting of the nation’s top meditation researchers, which took place a year ago at the New York Academy of Sciences in New York City.

In his paper Dr. Travis explains that different meditations have different effects, and that meditation can lead to nondual or transcendental experiences, a sense of self-awareness without content.

However, after a search of the scientific literature he reported that physiological measures and first-person descriptions of transcendental experiences and higher states have only been investigated during practice of the Transcendental Meditation® (TM) technique.

TM is an effortless technique for automatic self-transcending, different from the other categories of meditation — focused attention or open monitoring. It allows the mind to settle inward beyond thought to experience the source of thought — pure awareness or Transcendental Consciousness. This is the most silent and peaceful level of consciousness — one’s innermost Self.

Dr. Travis discusses a study of descriptions of Transcendental Consciousness from 52 subjects practicing the Transcendental Meditation technique and found that they experienced “a state where thinking, feeling, and individual intention were missing, but Self-awareness remained.” A systematic analysis of their experiences revealed three themes: absence of time, space, and body sense.

Specific physiological changes are associated with this subjective experience of Transcendental Consciousness. These include changes in breath rate, skin conductance, and EEG patterns.

Dr. Travis further explains that with regular meditation, experiences of Transcendental Consciousness begin to co-exist with sleeping, dreaming, and even while one is awake. This state is called Cosmic Consciousness, in the Vedic tradition. The paper presents first-person accounts followed by an overview of the physiological patterns associated with Cosmic Consciousness.

Dr. Travis suggests that such higher states of consciousness can be seen as normal developments beyond the classic stages described by Piaget. One simply needs a technique to experience transcendence and thereby facilitate the development of these states. The practical benefit of higher states, he says, is that you become more anchored to your inner Self, and therefore less likely to be overwhelmed by the vicissitudes of daily life.

“This research focuses on the larger purpose of meditation practices — to develop higher states of consciousness,” explained Dr. Travis. “This paper is the outgrowth of meetings at Esalen and the Institute for Noetic Sciences to chart the future of meditation research." 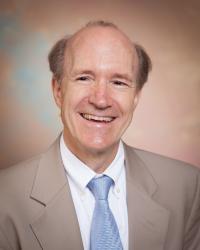