(Santa Barbara, Calif.) –– When you share your lunch with someone less fortunate or give your friend half of your dessert, does that act of generosity flow from the milk of human kindness, or is it a subconscious strategy to assure reciprocity should you one day find yourself on the other side of the empty plate?

And how do those actions among humans compare to those of our chimpanzee cousins and other nonhuman primates?

Through two separate studies, UC Santa Barbara anthropologists Adrian Jaeggi and Michael Gurven found that reciprocity is similar among monkeys, apes, and humans, even when considering other factors that might otherwise predict helping behavior. However, they also found that only humans showed evidence of reciprocity in food sharing. Their research appears in the current issues of the Proceedings of the Royal Society B and of the journal Evolutionary Anthropology.

"Reciprocity Explains Food Sharing in Humans and Other Primates Independent of Kin Selection and Tolerated Scrounging: A Phylogenetic Meta-Analysis," the Proceedings of the Royal Society B article, compiles quantitative date on cooperative behavior from all existing studies in a number of primate species. "Natural Cooperators: Food Sharing in Humans and Other Primates," the article in Evolutionary Anthropology, goes into greater detail about the origins and maintenance of cooperation among a wide range of primate species, with particular attention to the human case.

"The meta-analysis clearly established that there is reciprocity in sharing both among humans and among other primates that remained significant even after controlling for other factors such as kinship, dominance relationships, and spatial proximity," said Jaeggi, a postdoctoral student in anthropology at UCSB. "Based on our meta-analysis of existing studies, we were able to find no significant differences between humans, monkeys, and apes."

However, Jaeggi noted, humans tend to exchange food for food, while primates tend to barter food for other services, such as grooming or coalition support (e.g. assistance in dominance fights). The relative effects of reciprocity, kinship, and tolerated scrounging were similar, highlighting that all are important factors in explaining the act of sharing.

"Our findings support the idea that actions that benefit another individual tend to, ultimately, also benefit the giver –– either because the recipient is genetically related to the giver or will eventually return the favor," Jaeggi said. "Of course, the giver doesn't have to be consciously aware of the return benefits."

Through natural selection, humans have evolved to form emotional attachments to others and engage in long-term relationships within which reciprocity benefits everyone involved. "This is supported by research showing that reciprocity in many species develops over long periods of time –– much more so than on an immediate tit-for-tat basis," said Jaeggi.

While the research conducted by Jaeggi and Gurven, a professor of anthropology at UCSB, identified reciprocity as an important factor in food sharing, kin selection –– sharing food with genetic relatives –– and tolerated scrounging are also important. In fact, the researchers' meta-analysis shows them to be roughly equal. "But of these three factors, reciprocity has always been the most disputed," Jaeggi said.

"But the meta-analysis now establishes that reciprocity makes a significant contribution. This makes sense given that humans and other primates form long-term relationships for mutual gains, within which benefits given to others tend to be returned," he continued. "Again, this doesn't mean that food is shared with the conscious expectation of receiving shares in return. Reciprocity need not require detailed scorekeeping, but could arise from simpler mechanisms such as preferentially associating with friends, or only allowing friends to take shares of your food."

While humans exchange food on a more in-kind basis, primates tend to share their grub in exchange for services. One reason for this is that human foragers –– people who rely on a hunting-and-gathering lifestyle –– always run the risk of food shortfalls because hunting and foraging returns are unpredictable. When a hunt is successful, however, it provides an abundance that can be shared with others. Gathered fruits can be brought back to a central home base for subsequent sharing. Reciprocal sharing creates a buffer against the risk of shortfalls, ensuring that no one goes hungry.

"Sharing doesn't just enhance the welfare of humans," explained Gurven. "The human subsistence niche would never have been possible without sharing. It's no coincidence that sharing is most pervasive and structured among humans, the one primate whose economy is defined by high levels of interdependence."

Among primates, however, food for sharing tends to be something of a luxury that is often monopolized by the high-ranking, dominant individuals, and they share with those who provide other services to them (e.g. grooming, coalitions). In those species where coalitions are more important for achieving a high dominance rank –– among chimpanzees, for example –– sharing tends to be more common because the dominants rely on others.

While sharing helps primates cement social relationships, the level and diversity of helping behavior is limited compared to what is observed in human societies. "Through sharing, trust, and reputation management, humans found social means of handling different types of risk –– not just day-to-day variation in foraging success –– but also disruptions due to injury, sickness, divorce, and death," Gurven said. "Sharing, therefore, is central to human life history evolution –– from the dependency of children and intergenerational support networks, to the division of labor and cooperative production, to the expansion of human life spans."

UCSB anthropologists study the genesis of reciprocity in food sharing 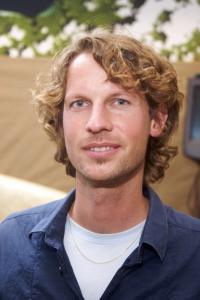