The discovery of new, still unnamed animal species in a well-researched European region like the Alps is always a small sensation. All the more surprising is the description of a total of three new to science species previously misidentified as long-known alpine moths.

During a genetic project of the Tyrolean State Museums in Innsbruck (Austria), Austrian entomologist and head of the Natural Science Collections Peter Huemer used an integrative research approach that relies on molecular methods to study four European moths. Despite having been known for decades, those species remained quite controversial, because of many unknowns around their biology.

At the end, however, it turned out that the scientist was not dealing with four, but seven species. The three that were not adding up were indeed previously unknown species. Therefore, Huemer described the moths in a paper in the open-access, peer-reviewed journal Alpine Entomology. Curiously, all three species were given the names of legendary alpinists: Reinhold Messner, Peter Habeler and David Lama.

Tribute to three legends in alpinism

"The idea to name the new species in honour of three world-renowned climbers was absolutely no coincidence," explains Huemer.

One of the newly described species, Caryocolum messneri, or Messner's Curved-horn moth, is dedicated to Reinhold Messner. Messner is a famous alpinist who was the first to reach Mount Everest without additional oxygen, but also the first climber to ascend all fourteen peaks over 8,000 metres. For decades, he has been inspiring followers through lectures and books. His is also the Messner Mountain Museum project, which comprises six museums located at six different locations in South Tyrol, northern Italy, where each has the task to educate visitors on "man's encounter with mountains" by showcasing the science of mountains and glaciers, the history of mountaineering and rock climbing, the history of mythical mountains, and the history of mountain-dwelling people.

"So what could have been a better fit for a name for the species that flutters on the doorstep of his residence, the Juval Castle in South Tyrol?" says Huemer.

The second new species, Caryocolum habeleri, or Habeler's Curved-horn moth, honours another extraordinary mountaineer: Peter Habeler. Having joined Messner on his expedition to Mount Everest, he also climbed this mountain without additional oxygen in a first for history. Another achievement is his climbing the famous Eiger North Face in mere 10 hours. Additionally, together with the study's author, he sits on the advisory board of the nature conservation foundation "Blühendes Österreich". However, the species' name is also a nod to Peter Habeler's cousin: Heinz Habeler, recognised as "the master of butterfly and moth research in Styria". His collection is now housed in the Tyrolean State Museums.

The third alpinist, whose name is immortalised in a species name, is David Lama, specially recognised by Huemer for his commitment to conservation. Once, in order to protect endangered butterflies along the steep railway embankments in Innsbruck, Lama took care to secure volunteers in a remarkable action. Nevertheless, Lama earned his fame for his spectacular climbing achievements. His was the first free ascent of the Compressor route on the south-eastern flank of Cerro Torre.

The newly described moth species are closely related and belong to the genus Caryocolum of the so-called Curved-horn moths (family Gelechiidae).

As caterpillars, the species of this genus live exclusively on carnation plants. Even though the biology of the new moths is still unknown, because of their collection localities, it could be deduced that plants such as the stone carnation are likely their hosts. All species are restricted to dry and sunny habitats and sometimes inhabit altitudes of up to 2,500 m. So far, they have only been observed with artificial light at night.

While Messner's Curved-horn moth occurs from northern Italy to Greece, the area of ??Habeler´s Curved-horn Moth is limited to the regions between southern France, northern Switzerland and southeastern Germany. On the other hand, Caryocolum lamai, only inhabits a small area in the western Alps of Italy and France.

Research on alpine butterflies and moths has been an important scientific focus at the Tyrolean state museums for decades. In 30 years, Peter Huemer discovered and named over 100 previously unknown to science species of lepidopterans. All these new discoveries have repeatedly shown the gaps in the study of biodiversity, even in Central Europe.

"How could we possibly protect a species that we don't even have a name for is one of the key questions for science that derives from these studies," says Huemer in conclusion. 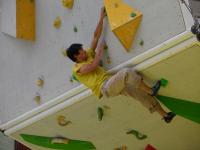 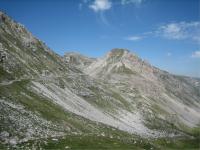