Climate-related changes in flower diversity have resulted in a decrease in the length of alpine bumble bees' tongues, a new study reports, leaving these insects poorly suited to feed from and pollinate the deep flowers they were adapted to previously. The results highlight how certain mutually beneficial ecological partnerships can be lost due to shifts in climate. Many co-evolved species have precisely matched traits; for example, long-tongued bumble bees are well adapted for obtaining nectar from deep flowers with long corolla tubes. Recent studies suggest long-tongued bumble bees are declining in number. To better understand why, Nicole Miller-Struthman et al. studied several high-altitude sites in Colorado where two species of long-tongued alpine bumble bee live. Using bumble bee specimens from 1966 through 1980, and from 2012 through 2014, the researchers measured changes in tongue length, noticing a significant shortening. Next, using archived bee specimens and field surveys of bumble bees and host plants, they examined possible mechanisms for this change. It was not a result of decreasing body size, competition from invaders, or co-evolution with flowers in the area, they report. Instead, it is a result of warming summers, which reduced numbers of the deep flowers these species preferred, forcing the insects to be general foragers capable of feeding across remaining flowers, including many shallow flowers. The pattern seen here may predict future effects of climate change in other systems, the authors say. Their results highlight how climate change can decouple well-established mutualisms between bees and plants.

Note: This paper will be available for free when the embargo lifts at http://www.sciencemag.org. 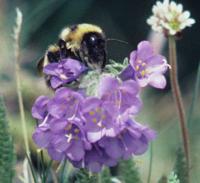 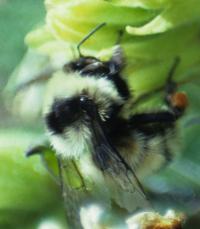