While the majority of snakes would normally swallow their prey whole, the Small-banded Kukri Snake seems to have evolved a particularly macabre feeding habit that has never before been witnessed in a serpent.

During a survey on the relatively small-bodied Asian kukri snakes in Thailand, a Danish-Thai research team, led by Henrik Bringsøe, documented three occasions where a snake uses its enlarged posterior maxillary teeth to cut open the abdomen of a large poisonous toad, then inserts its entire head and pull out the organs one by one, while the prey is still alive. The discovery is published in the open-access, peer-reviewed journal Herpetozoa.

In those gory attacks, the toads struggled vigorously to escape and avoid being eviscerated alive, but, on all occasions, this was in vain. The assaults could last for up to a few hours, depending on the organs the snake would pull out first.

The toads observed belong to the quite common species called Asian Black-spotted Toad (Duttaphrynus melanostictus), which is known to secrete a potent toxin from their prominent parotid glands, located on the neck. Could it be that the snakes have adopted this sophisticated and gruesome approach to avoid being poisoned?

In a fourth, and equally important, case, an adult kukri snake attacked a somewhat smaller individual of the same toad species. This time around, the snake swallowed the entire toad. Why, the researchers still remain to understand. One hypothesis is that smaller toads are less toxic than adults. On the other hand, the kukri snakes might be indeed resistant to the Asian Black-spotted toad's poison, yet the large size of adult toads could be what have prevented swallowing the whole victim in the three afore-mentioned cases.

"At present, we cannot answer any of these questions, but we will continue to observe and report on these fascinating snakes in the hope that we will uncover further interesting aspects of their biology," says Bringsøe.

"Perhaps you'd be pleased to know that kukri snakes are, thankfully, harmless to humans. However, I wouldn't recommend being bitten by one of those. The thing is that they can inflict large wounds that bleed for hours, because of the anticoagulant agent these snakes inject into the victim's bloodstream. Their teeth are designed to inflict lacerations rather than punctures, so your finger would feel as if cut apart! This secretion, produced by two glands, called Duvernoy's glands and located behind the eyes of the snakes, are likely beneficial while the snakes spend hours extracting toad organs," he explains in conclusion. 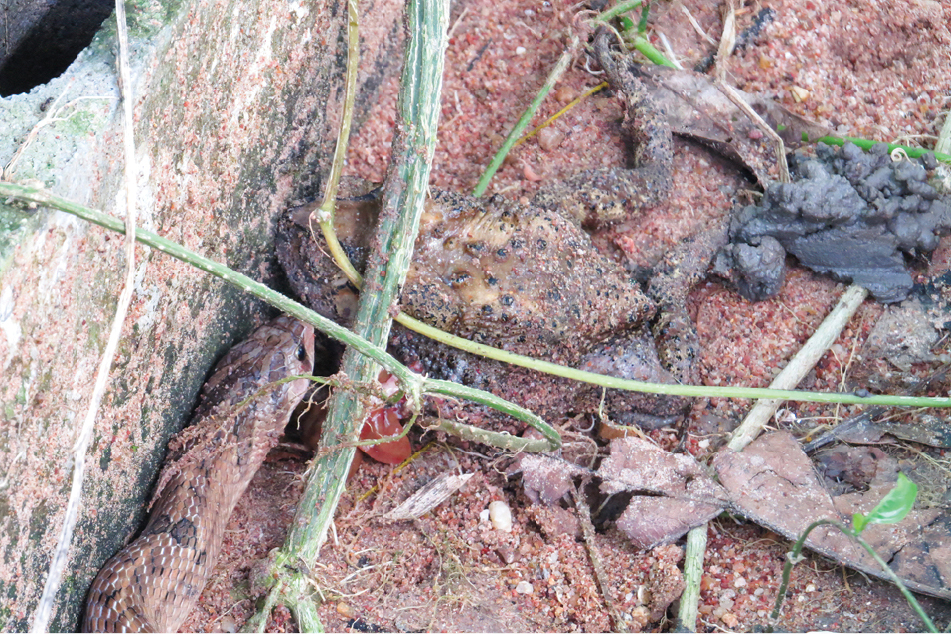 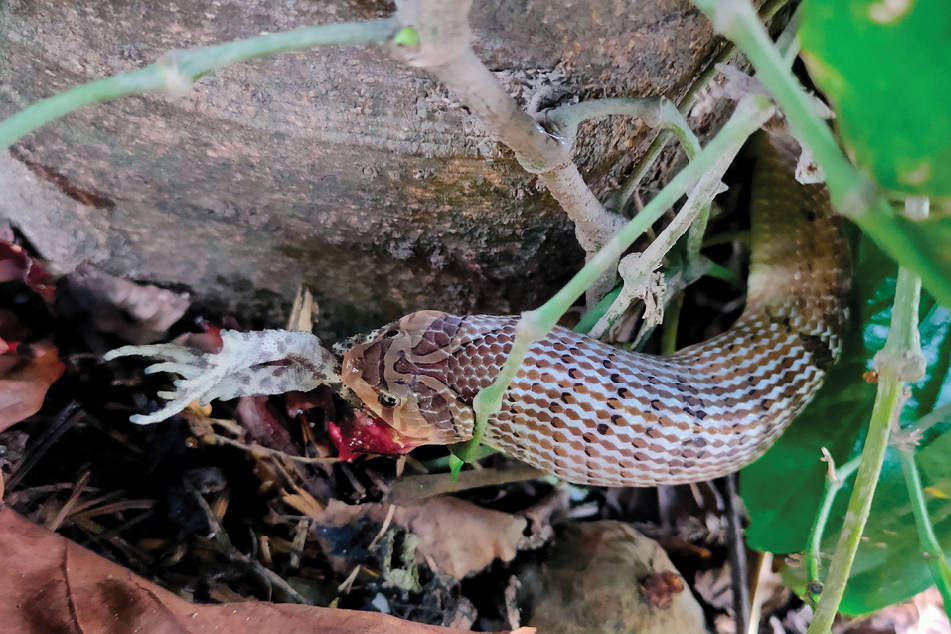