As machine learning continues to surpass human performance in a growing number of tasks, scientists at Skoltech have applied deep learning to reconstruct quantum properties of optical systems.

Through a collaboration between the quantum optics research laboratories at Moscow State University, led by Sergey Kulik, and members of Skoltech's Deep Quantum Laboratory of CPQM, led by Jacob Biamonte, the scientists have successfully applied machine learning to the state reconstruction problem.

Their findings have been reported in the Nature Partner Journal, npj Quantum Information, and are the first to show that machine learning can reconstruct quantum states from experimental data in the presence of noise and detector errors.

Skoltech PhD student Adriano Macarone Palmieri, lead author of the study, described the findings as " a new open door towards deeper insights ." Adriano has a Master's Degree in Physics from Bologna and joined Skoltech from Italy, where he worked as a data scientist.

Working closely with MSU's PhD student, Egor Kovlakov, Adriano reached out to his former colleague and a current postdoctoral fellow at Bocconi University, Federico Bianchi. Federico, a machine learning expert with a recent PhD from the University of Milano-Bicocca, describes the findings as "a sound example of data driven discovery which combines machine learning and quantum physics." While Federico didn't have experience with quantum mechanics prior to joining this study, he viewed the problem in terms of information and helped create a novel model of the system based on deep feed forward neural networks.

Both Adriano and Federico worked tirelessly and in close collaboration with many members of Deep Quantum Laboratory, including Dmitry Yudin who describes the findings as an important first step towards the practical use of neural network architecture in a lab for improving quantum tomography with available quantum setups of noisy experimental data. Such quantum information processing is used ubiquitously in paradigmatic quantum devices for quantum computation and optimization. In the forthcoming future, the researchers plan to address further challenges of upscaling quantum information devices, and expect this work to be foundational in their further research.

These results wouldn't have been possible without the experimental research of Egor Kovlakov, supported by Stanislav Straupe and Sergei Kuliik, from MSU. Over the last several years, they have applied a wide range of techniques to the state reconstruction problem. To the surprise of the coauthors, deep learning outperformed these state-of-the-art methods in a real experiment.

The MSU team generated data with an experimental platform based on spatial states of photons to prepare and measure high-dimensional quantum states. Experimental errors in state preparation and measurements inevitably plague the results and the situation becomes worse with increasing dimensionality. At the same time, extending the dimensionality of accessible quantum states is extremely important for quantum communication protocols and, especially, quantum computing. This is where machine learning techniques come in useful. The Skoltech team implemented a deep neural network implemented to analyze the noisy experimental data and efficiently learn to perform denoising, significantly improving the quality of quantum state reconstruction.

Skoltech's Deep Quantum Laboratory team believes that machine learning techniques will play an essential role in the future development of quantum technologies. As the available quantum devices become more and more complex, it gets harder and harder to control all the parameters at the desired level of precision.This came out as a very natural field of application for deep learning and machine learning techniques in general. 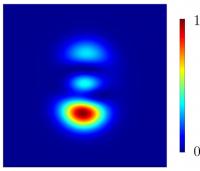 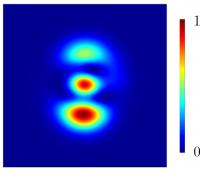