The steps are detailed in an animation narrated by senior investigator Leonard Zon, MD, director of the Stem Cell Research Program. The Cell version offers a more technical explanation

"The same process occurs during a bone marrow transplant as occurs in the body naturally," says Zon. "Our direct visualization gives us a series of steps to target, and in theory we can look for drugs that affect every step of that process."

"Stem cell and bone marrow transplants are still very much a black box--cells are introduced into a patient and later on we can measure recovery of their blood system, but what happens in between can't be seen," says Owen Tamplin, PhD, the paper's co-first author. "Now we have a system where we can actually watch that middle step. "

It had already been known that blood stem cells bud off from cells in the aorta, then circulate in the body until they find a "niche" where they're prepped for their future job creating blood for the body. For the first time, the researchers reveal how this niche forms, using time-lapse imaging of naturally transparent zebrafish embryos and a genetic trick that tagged the stem cells green.

On arrival in its niche (in the zebrafish, this is in the tail), the newborn blood stem cell attaches itself to the blood vessel wall. There, chemical signals prompt it to squeeze itself through the wall and into a space just outside the blood vessel.

"In that space, a lot of cells begin to interact with it," says Zon. Nearby endothelial (blood-vessel) cells wrap themselves around it: "We think that is the beginning of making a stem cell happy in its niche, like a mother cuddling a baby."

As the stem cell is being "cuddled," it's brought into contact with a nearby stromal or "nurse" cell that helps keep it attached. The stem cell hooks onto the nurse cell tightly, in a process Zon likens to early "attachment" of an infant to its mother.

The "cuddling" was reconstructed from confocal and electron microscopy images of the zebrafish taken during this stage. Through a series of image slices, the researchers were able to reassemble the whole 3D structure--stem cell, cuddling endothelial cells, and stromal cells.

"Nobody's ever visualized live how a stem cell interacts with its niche," says Zon. "This is the first time we get a very high-resolution view of the process."

Eventually, the cuddled stem cell begins dividing. One daughter cell leaves the niche while the other stays. Eventually, all the stem cells leave and begin colonizing their future site of blood production (in fish, this is in the kidney).

Further imaging done in mice found evidence that blood stem cells go through much the same process in mammals, which makes it likely in humans too. In humans, blood stem cells set up permanent residence in the bone marrow.

These detailed observations are already informing the Zon Lab's attempt to improve bone marrow transplantation. By doing a chemical screen in large numbers of zebrafish embryos, the researchers found that the compound lycorine promotes interaction between the blood stem cell and its niche, leading to greater numbers of blood stem cells in the adult fish. 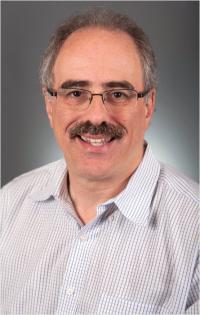