A Korean research team has developed a technology that enables the effective control of fine particulate matter and nanoplastics, which are major causes of human toxicity and ecosystem disturbances. This technology, which allows for real-time sorting, purification, and concentration of nanoparticles invisible to the human eye, has great potential application, not only for the removal of toxic particles from the natural environment, but also for removing viruses and detecting dementia-related proteins and cancer diagnostic markers. Due to its vast range of applicability, this technology is attracting much attention in scientific and academic circles.

The research team, led by Dr. Yong-sang Ryu of the Sensor System Research Center in the National Agenda Research Division at the Korea Institute of Science and Technology (KIST), working with a team led by Dr. Sin-Doo Lee of the Department of Electrical and Computer Engineering at Seoul National University (SNU, President Se-Jung Oh), announced its successful development of a '*nanogap electrode' able to effectively capture ultra-fine floating particles as small as 20 nanometers (nm, 1/1000 the thickness of a human hair). The research team used the newly developed electrode in successful selective concentration and positioning experiments for **extracellular vesicles (exosomes), which have recently been gaining much attention in the new drug development field and as new diagnostic markers for cancer as well as dementia-related proteins (***Amyloid-beta).

*Nanogap electrode: Electrode with a nanometer-scale gap between two electrodes.

**Extracellular vesicle: Also called an exosome. A single-membraneparticle released from a cell, in the shape of a flattened pocket.

Researchers around the world have shown a keen interest in developing techniques to manipulate nano-size particles without damaging them. The optical tweezers technology, which received the Nobel Prize in Physics in 2018, is representative of such technologies. However, it has proven difficult to go beyond individual particle-level manipulation/measurement and to realize commercialization on a massive scale. Researchers have repeatedly run into technical limitations in scaling mechanisms for collecting, sorting, purifying, and concentrating particles that are 100 nm or less in size; however, such mechanisms are needed to work in large-scale atmospheric and water environments.

The joint KIST-SNU research team, through centimeter (cm) scale device production for particle concentration and purification experiments, was able to overcome these limitations and successfully scaled up the nanogap electrodes by sandwiching nanoscaled insulator film between two electrodes in a vertical alignment, allowing the 'dielectrophoretic tweezer' technology to be applied to large areas. Dielectrophoresis is a technology wherein wavelengths vibrating several hundred to several thousand times per second are applied to two electrodes to form an non-uniform electrical field distribution around the electrodes. These electrodes are then used to attract or repel particles in the vicinity of the nanogaps.

The joint research team conducted experiments to find technologies that could use universally available semiconductor processes, rather than expensive equipment used only by select companies. During the experiment process, the team found that the dielectrophoretic force produced by electrodes in an asymmetric electrode-arranged vertical array was over 10 times greater than that of a conventional horizontally-aligned nanogap array. This discovery simultaneously solved the problems of scaling up and reduced the costs associated with the nanogap technology. Using the conventional horizontal electrode array production method, it costs a minimum of several hundreds of thousands of won to produce enough nanogap electrodes to cover the area of a fingernail. Using the new dielectrophoresis technology, it takes only KRW 5,000 to produce enough nanogap electrodes to cover the area of an LP disc.

The vertical nanogap technology developed by the KIST research team makes it possible to scale up the nanogap electrode technology, produce nanogap electrodes in numerous shapes and sizes, and radically reduces unit production costs. As such, the technology has a broad range of potential applications. According to the research team, when used in air or water filters, the nanogap electrodes can function under low voltage (such as that of an ordinary AA cell) to detect and remove, in real time, various microscopic floating particles such as fine dust, nanoplastics, viruses, germs, and bacteria.

Dr. Eui-Sang Yu, the principle author of the study, commented, "The achievement has future application for the sorting and purifying of nano-sized particles, regardless of type of particle or the environment." Dr. Yong-Sang Ryu of the KIST, the corresponding author of the study, added, "We hope that the study can make broad contributions to solving various social problems and enhance the general quality of human life."

The research, backed by the Ministry of Science and ICT (MSIT), was conducted as an Institutional Research Program of the Korea Institute of Science and Technology (KIST) and as part of a Samsung Research Funding & Incubation Center for Future Technology project. The study was published in the latest issue of Nature Communications (IF: 11.878, JCR top 6.52%), the most respected journal in nano-bio convergence technologies. 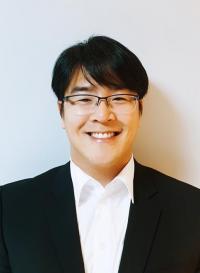