Sulphur and iron compounds have now been found in shipwrecks both in the Baltic and off the west coast of Sweden. The group behind the results, presented in the Journal of Archaeological Science, includes scientists from the University of Gothenburg and Stockholm University.

A few years ago scientists reported large quantities of sulphur and iron compounds in the salvaged 17th century warship Vasa, resulting in the development of sulphuric acid and acidic salt precipitates on the surface of the hull and loose wooden objects.

Similar sulphur compounds have now been discovered also in other shipwrecks both from the Baltic and off the west coast of Sweden, including fellow 17th century warships Kronan, Riksnyckeln and Stora Sofia, the 17th century merchant vessel in Gothenburg known as the Göta wreck, and the Viking ships excavated at Skuldelev in Denmark.

"This is a result of natural biological and chemical processes that occur in low-oxygen water and sediments," explains Yvonne Fors from the University of Gothenburg's Department of Conservation, one of the scientists behind the study in collaboration with Stockholm University.

Besides the Vasa, similar problems have previously been reported for Henry VIII's flagship Mary Rose in the UK, which sank off Portsmouth in 1545, and the Dutch vessel Batavia in Australia, which was lost in 1629, the year after the Vasa.

"Our work on the Vasa and the Mary Rose has given us a good insight into these problems," Yvonne Fors says. "With the right actions, such as new preservation procedures, we'll be better able to prevent these shipwrecks from developing such serious problems with sulphuric acid."

Even in low-oxygen-water, bacteria can break down organic material including the wood cells in a vessel's hull. Sulphates that occur naturally in the water are transformed by bacteria into toxic hydrogen sulphide which reacts with the wood. In the presence of iron ions, sulphur and iron compounds form which readily oxidise into sulphuric acid and acid salt precipitates in a damp museum environment once the vessel has been recovered.

"For some of the wrecks, such as the Skuldelev Viking ships and the Göta wreck, the conservation treatment is already finished," says Fors. "It's then a matter of keeping an eye on the chemical developments, which requires additional resources."

Many of the chemical analyses in the study were performed at the advanced radiation facilities at SSRL in Stanford in the USA and at ESRF in France. 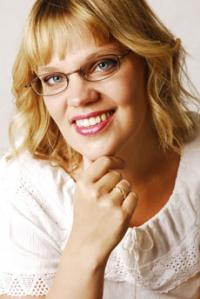