UNIVERSITY PARK, Pa. -- In the late 1800s, scientists were stumped by the "yellow cells" they were observing within the tissues of certain temperate marine animals, including sea anemones, corals and jellyfish. Were these cells part of the animal or separate organisms? If separate, were they parasites or did they confer a benefit to the host?

In a paper published in the journal Nature in 1882, biologist Sir Patrick Geddes of Edinburgh University proffered that not only were these cells distinct entities, but they were also beneficial to the animals in which they lived. He assigned them to a new genus, Philozoon -- from the Greek phileo, meaning 'to love as a friend,' and zoon, meaning 'animal' -- and then promptly changed his career direction to pioneer professions in urban planning and design. Over time, Geddes's scientific contributions were largely forgotten, and the Philozoon genus name was never used.

Now, more than a century after Geddes's paper was published, an international team of researchers has revisited these "yellow cells," which, after Geddes, had been determined to be photosynthetic algae in the family Symbiodiniaceae.

In a study published in the June 28 issue of the European Journal of Phycology, the team resurrected the genus Philozoon by using modern technologies to thoroughly characterize two of the species of algae that Geddes had investigated, along with six new related ones.

"Patrick Geddes was ahead of his time in recognizing the ecological significance of the 'yellow cells' found in some animals were actually distinct entities -- micro-algal symbionts -- existing inside the animal's tissues and creating a photosynthetic animal. That was a major revelation! In fact, we now know that microorganisms live in partnership with all multicellular organisms; for example, the bacteria that comprise our human gut microbiomes are essential for our overall health," said Todd LaJeunesse, professor of biology, Penn State, and lead author of the paper. "By emending and reviving the Philozoon genus, we are honoring the work of this natural historian.

LaJeunesse and his colleagues used genetic information; outward physical, or morphological, characteristics; ecological traits; and geographic distributions to define the diversity found within the newly recognized Philozoon genus. They obtained animal samples -- including from soft and stony corals, jellyfish, and sea anemones -- from locations all over the world. They also obtained samples from Italy where Geddes first conducted his original research.

"Because our team comprises scientists from seven countries, we were able to collect all of these samples, and some during the global pandemic," said LaJeunesse. "This study highlights how the spirit of scientific discovery brings people together, even in times of hardship."

"The fact that these algae exist in animals from the Mediterranean Sea to New Zealand to Chile reminds us how widespread these symbioses are on Earth," said LaJeunesse. "Also, since most of the algae in the family Symbiodiniaceae have been thought to be mostly tropical where they are critical to the formation of coral reefs, finding and describing these new species in cold waters highlights the capacity of these symbioses to evolve and live under a broad range of environmental conditions. Life finds a way to persist and proliferate."

The team documented that at their northernmost and southernmost latitudinal extremes, Philozoon experience water temperatures that may reach winter lows of nearly 40 degrees F and summer highs of close to 90 F.

"The abilities of these Philozoons to withstand a wide range of temperatures is likely due to their diversification during the cooler periods of the late Pliocene and most recent Pleistocene epochs," said LaJeunesse. "This adaptation to a range of temperatures could protect them and the animals with which they associate from some of the effects of climate change, at least in the near term. Similarly, adaptation to high latitude environments may condition Philozoon species to tolerating future increases in atmospheric carbon dioxide, which could also help make them resilient to some of the effects of ocean acidification."

He added that careful identification and categorization of these symbiotic algae is essential to understanding the biology and evolution of marine animals that rely on these organisms for their survival.

"The advanced molecular-genetic techniques available to us today have substantially improved our ability to study and understand these microbes," said Pilar Casado-Amezúa, researcher, HyT Association, Spain. "Our new study lays the groundwork for extensive research on the ecological role of animal-algal mutualisms in temperate marine ecosystems."

LaJeunesse noted that although there were a handful of other scientists during the late 1800s that were investigating these 'yellow cells' it was Geddes who unequivocally recognized the full significance of the evidence before him.

He explained, "In describing the associations between the cells and the host animals, Geddes called them 'animal lichens' and eloquently wrote, 'Such an association is far more complex than that of the fungus and alga in the lichen, and indeed stands unique in the physiology as the highest development, not of parasitism, but of the reciprocity between the animal and vegetable kingdoms.' Geddes vigorously contended that these algae were symbiotic in nature. Now, more than a century after their discovery, the true identities of these algae are finally being properly characterized."

Funding for this research was provided by the U.S. National Science Foundation, the University of Southampton, the Association of Marine Biology Laboratories Program, the ABBaCo project, PO FEAMP Campania and the Australian Research Council. 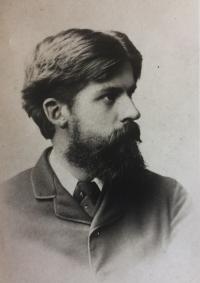