While fungi are well known for being essential in cycling carbon and nutrients, there are only about 100,000 described species in contrast to the 1.5 to 3 millions, assumed to exist on Earth. Of these, barely 3000 fungi belong to aquatic habitats. In fact, freshwater fungi have been researched so little, it is only now that an international research team provide the first lake-wide fungal diversity estimate in the open access journal MycoKeys.

Over the spring and the early summer of 2010, a large team of scientists, led by Dr Christian Wurzbacher and Dr Norman Warthmann, affiliated with the Leibniz-Institute of Freshwater Ecology and Inland Fisheries and the Berlin Center for Genomics in Biodiversity Research, Germany (currently at University of Gothenburg, Sweden, and the Australian National University, Australia, respectively), collected a total of 216 samples from 54 locations, encompassing eight different habitats within Lake Stechlin in North-East Germany.

Having recovered samples on three occasions over the course of the study, their aim was to test how habitat specificity affects the fungal community and whether fungal groups would reflect the availability of particulate organic matter as substrate. Unlike previous studies of aquatic fungi that compared water samples among different lakes or seasons, theirs would compare the diversity among habitats within a single lake. This included the study of fungi living in the water and the sediments, as well as fungi living on the surfaces of plants and other animals.

As a result, the scientists concluded that every type of habitat, i.e. sediments, biofilms, and submerged macrophytes (large aquatic plants), has a specific fungal community that varies more than initially expected. Of these, lake biofilms, representing a group of microorganisms, whose cells stick to each other, and cling together to a surface, turned out to be the hotspots for aquatic fungi.

Underwater mushrooms: Curious lake fungi under every turned over stone 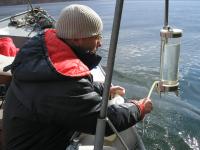 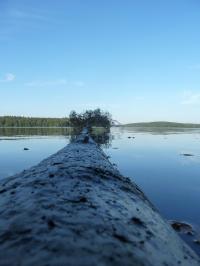