Research into new endogenous mechanisms of tissue regeneration is an innovative research avenue in cardiac regeneration. This is the central goal of the REANIMA project (New generation cardiac therapeutic strategies directed to the activation of endogenous regenerative mechanisms), a research program coordinated by Dr Miguel Torres at the Centro Nacional de Investigaciones Cardiovasculares (CNIC) and supported by €8 million funding over 5 years, of which €1,380,000 will be directly managed at the CNIC. The project will launch in January 2020.

"REANIMA addresses one of the big challenges in biomedicine: how to successfully translate knowledge gleaned from basic research on biological regeneration into medical applications, in this case the regeneration of the heart," said Dr Torres.

Cardiovascular disease is the leading cause of death in the world. The associated heart failure is a worldwide epidemic that imposes a heavy societal burden in death, disease, and escalating economic costs and can only be resolved by heart transplantation.

The inability of the human heart to regenerate myocardium lost during a heart attack is the major factor in a high proportion of cases of heart failure. To resolve this problem, Dr Torres said that "the goal of REANIMA is to provide new therapies for heart regeneration."

Until now, clinical trials based on the introduction of stem cells into the heart have not shown regenerative capacity. However, studies of spontaneous and induced heart regeneration in animal models suggest that the path to progress lies in the reactivation of endogenous regenerative mechanisms. Fish and amphibians are able to regenerate their hearts, and although mammals have historically been considered to lack this capacity, regeneration was recently shown to occur in injured hearts of newborn mice. Unfortunately, in adult mammals, including humans, the heart's residual capacity to regenerate is insufficient to recover function naturally.

REANIMA, said Dr Torres, "will exhaustively analyze knowledge accumulated from research in animal models in order to transform it into new regenerative therapies to resolve heart failure." The project brings together knowledge obtained from species that can regenerate their hearts (fish and amphibians), animals that cannot (adult mammals), and human heart tissues generated by tissue engineering.

REANIMA is the first Europe-wide project to integrate basic research findings in an effort to transform them into medical applications in the field of cardiac regeneration. REANIMA is funded by the European Union's Horizon 2020 research and innovation programme under grant agreement nº 874764. Project activities range from identifying new targets in animal models to the design of clinical trials.

By bringing together industrial partners and academics specialized in translational and preclinical research, REANIMA will allow the development of new advanced therapies.

"We believe that REANIMA will overturn the paradigms that underlie current clinical research in regenerative cardiology by transforming basic knowledge of endogenous pathways into effective new therapies," said Dr Torres.

REANIMA was selected for funding in the "Regenerative medicine: from new insights to new applications" call, published within the "Health demographic change and wellbeing" H2020 Work Programme. This call had a total Budget of €50,000,000 and received 154 project submissions. REANIMA was the second ranked project and received the maximum permitted funding, a total of €8 million for 12 European institutions in several countries and covering a period of 5 years.

REANIMA: Toward a new paradigm in cardiac regeneration 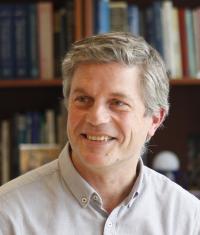