Hotter temperatures threaten global wine production, with multiple studies now forecasting that more than half of regions suitable to planting wine grapes could be lost to climate change.

But not all is lost: swapping out grapes for more drought and heat tolerant varieties can offer a way forward for winemakers, finds new research from the University of British Columbia and other collaborating institutions.

"Substituting Grenache or Cabernet Sauvignon for Pinot Noir, planting Trebbiano where Riesling is grown--these aren't painless shifts to make, but they can ease winegrowers' transition to a new and warmer world," says the study's senior author Elizabeth Wolkovich, a professor of forest and conservation sciences at UBC who studies resilience strategies for agricultural and forest ecosystems.

Wine grapes are extremely sensitive to climate, especially temperature. Combining long-term records with global data on where different wine grapes are planted, the research team showed that if global temperatures rise by an average of two degrees Celsius--in line with current trends--at least 51 per cent of current winegrowing regions could be wiped out.

"These estimates, however, ignore important changes that growers can make. We found that by switching to different varieties, vintners can lessen the damage, to just 24 per cent of areas lost. For example, in Burgundy, France, vintners can consider planting more heat-tolerant varieties such as Syrah and Grenache to replace the dominant Pinot Noir. And growers in regions such as Bordeaux may swap out Cabernet Sauvignon and Merlot for Mourvedre," notes Wolkovich.

There's a caveat. Diversification will have less impact if temperatures rise more than two degrees. "At four degrees, around 77 per cent of all areas may be lost, and planting new varieties will limit this to 58 per cent losses. Winegrowing regions can adapt to a lower level of warming, but at higher warming, it's much harder to save regions," says lead author Ignacio Morales-Castilla, a former postdoctoral researcher in the Wolkovich lab, now with University of Alcalá in Spain.

The research team focused on 11 of the most popular varieties of wine grapes: Cabernet Sauvignon, Chasselas, Chardonnay, Grenache, Merlot, Mourvedre (also known as Monastrell), Pinot Noir, Riesling, Sauvignon Blanc, Syrah and Trebbiano (also known as Ugni Blanc). Using long-term records, they built models for when these varieties typically bud, flower and ripen and then used climate change projections to forecast where these varieties can be grown in the future.

The study, published today in Proceedings of the National Academy of Sciences, acknowledges there are legal and cultural hurdles in shuffling grape varieties around.

"The effectiveness of any strategy depends on both the grape growers and people in general. Consumers who are willing to try new varieties can play a big part in helping save the regions people love. Legislation can encourage growers to test out new varieties. And ultimately, people can make the largest impact through work to reduce emissions globally," says Wolkovich.

"We're just starting to try applying these results to the Okanagan region," adds Wolkovich, "but it requires understanding climate at a vineyard-scale and working with growers to understand what's feasible for them." 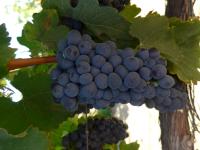 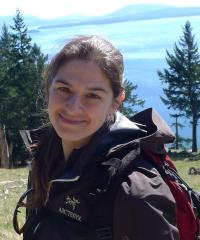