It is a well-known fact that environmental factors such as soil texture and drainage determine to a very large degree the vegetation appearance, richness and composition at any site. However, there has been little research on how these variables influence the flora in the marvellous savannas -- large open areas characterised by a complex and unique network of natural resources and life forms.

In the course of the Program for Biodiversity Research, managed by the Brazilian government, the scientists sampled 20 permanent plots in two savanna areas in the state of Roraima, located in the northern of the Brazilian Amazon. As a result, the team reports a total of 128 plant species classified into 34 families from three savanna habitats with different levels of hydro-edaphic restrictions.

Amongst the various factors playing a role in the soil characteristics of the area, are the tectonic events and past climatic fluctuations which have occurred in the most recent period of the Cenozoic era. Paleo, as well as modern fires are likely to be other culprits for the specific conditions.

In conclusion, the authors suggest that the most restrictive savanna habitats - the wet grasslands, represent the home to less structurally complex plants, compared to the well-drained shrubby localities.

"The present study highlights the environmental heterogeneity and the biological importance of Roraima's savanna regarding the conservation of natural resources from the Amazon," say the scientists.

"In addition, it points out the need for greater investment in floristic inventories associated with greater diversification of sites, since this entire ecosystem has been rapidly modified by agribusiness."

Licensed under a Creative Commons License (CC-BY 4.0) and available in a Darwin Core Archive DwC-A format; the complete dataset is openly available via the Global Biodiversity Information Facility (GBIF). 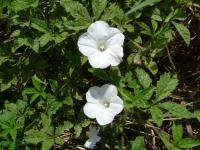 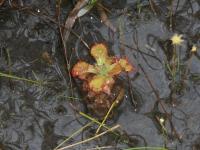