New research from scientists at the University of Maryland School of Medicine (UM SOM) has found that tiny lumps of calcium phosphate may be an important triggering factor for age-related macular degeneration (AMD), a degenerative eye disease that can cause severe vision loss and blindness. This is the first time these mineral deposits have been implicated in the disease, which affects more than 10 million Americans. The article appeared in the latest issue of the Proceedings of the National Academy of Sciences.

Biochemist Richard Thompson, PhD, along with his colleague from University College, London, Imre Lengyel, PhD, and a multidisciplinary international team studied retinal samples from a group of elderly patients, some of whom had AMD. They found that the AMD samples contained tiny spherules of a mineralized calcium phosphate known as hydroxyapatite, or HAP. HAP is common in the body - it comprises the hard part of bones and teeth - but it had never been identified in that part of the eye before.

AMD develops slowly over decades, with the buildup of fatty protein deposits in the retina, which cause damage by blocking the flow of nutrients into the light-sensitive portion of the eye, and of waste products out. Scientists have known about these deposits for over a century, but their origins remained a mystery. Thompson and Lengyel discovered that the deposits appear to form around the tiny bits of HAP. Once these chunks appear, the fatty protein material coalesces around it; over years, these globules build up.

They discovered the possible role of HAP by examining tissue samples from patients using X-ray diffraction and fluorescent staining chemicals. "We had no idea that HAP might be involved," says Prof. Thompson, who is an associate professor of biochemistry and molecular biology at the school. "That's what makes this work so exciting. It opens up a lot of new research opportunities."

AMD gets its name because it affects the macula, the central area of the retina. The macula is responsible for the sharp, direct vision required for reading and driving.. The disease tends to strike older people - more than 11 percent of Americans over the age of 80 have AMD, and the risk of getting advanced AMD is nearly 30 percent for those over the age of 75. Other risk factors include smoking, some chronic infections, and chronic inflammatory diseases such as diabetes.

Thompson and Lengyel are looking into the possibility of using the presence of HAP as an early warning signal for AMD risk with a hope that this will aid early intervention before patients have suffered irreversible vision loss. Eventually, they say, it may be possible to devise methods to reduce HAP deposits or limit the growth and progression of the disease. "We think HAP plays a key role in this process," said Lengyel. "This is a new explanation for how these deposits start."

AMD is the most common cause of blindness in older people in developed countries, affecting tens of millions worldwide. The disease causes the breakdown of the macula, the portion of the retina which provides the highest resolution vision, used in such activities as reading or driving a car. There is no cure; sometimes damage can be slowed or halted by injections of medicines that stop the growth of the deposits. The cost of AMD is estimated at more than $340 billion.

"This work epitomizes the school's mission," said Dean E. Albert Reece, MD, PhD, MBA, who is vice president for Medical Affairs, University of Maryland, and the John Z. and Akiko K. Bowers Distinguished Professor and Dean of the School of Medicine. "Dr. Thompson and his colleagues have provided new insight into the deep mechanisms of this terrible disease, and in doing so, they have created new avenues of research that have the potential to help millions of people."

The work was supported in part by the Bright Focus Foundation in the USA and the Bill Brown Charitable Trust in the UK.

The University of Maryland School of Medicine was chartered in 1807 and is the first public medical school in the United States and continues today as an innovative leader in accelerating innovation and discovery in medicine. The School of Medicine is the founding school of the University of Maryland and is an integral part of the 11-campus University System of Maryland. Located on the University of Maryland's Baltimore campus, the School of Medicine works closely with the University of Maryland Medical Center and Medical System to provide a research-intensive, academic and clinically based education. With 43 academic departments, centers and institutes and a faculty of more than 3,000 physicians and research scientists plus more than $400 million in extramural funding, the School is regarded as one of the leading biomedical research institutions in the U.S. with top-tier faculty and programs in cancer, brain science, surgery and transplantation, trauma and emergency medicine, vaccine development and human genomics, among other centers of excellence. The School is not only concerned with the health of the citizens of Maryland and the nation, but also has a global presence, with research and treatment facilities in more than 35 countries around the world. 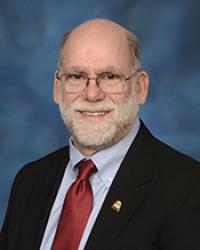