The age of the Anthropocene--the scientific name given to our current geologic age--is dominated by human impacts on our environment. A warming climate. Increased resistance of pathogens and pests. A swelling population. Coping with these modern global challenges requires application of what one might call a more-ancient principle: evolution.

That's the recommendation of a diverse group of researchers, in a paper published today in the online version of the journal Science. A majority of the nine authors on the paper have received funding from the National Science Foundation (NSF).

"Evolution isn't just about the past anymore, it's about the present and the future," said Scott Carroll, an evolutionary ecologist at University of California-Davis and one of the paper's authors. Addressing societal challenges--food security, emerging diseases, biodiversity loss--in a sustainable way is "going to require evolutionary thinking."

The paper reviews current uses of evolutionary biology and recommends specific ways the field can contribute to the international sustainable development goals (SDGs), now in development by the United Nations.

Evolutionary biology has "tremendous potential" to solve many of the issues highlighted in the SDGs, said Peter Søgaard Jørgensen, another Science author from the University of Copenhagen's Center for Macroecology, Evolution and Climate. The field accounts for how pests may adapt rapidly to our interventions and how vulnerable species struggle to adapt to global change. The authors even chose this release date to coincide with the upcoming meeting of the UN General Assembly, which starts September 24.

"Many human-engineered solutions to societal problems have turned out to have a relatively short useful life because evolution finds ways around them," said George Gilchrist, program officer in NSF's Division of Environmental Biology, which funded many of the Science authors. "Carroll and colleagues propose turning the tables and using evolutionary processes to develop more robust and dynamic solutions."

Applied evolutionary biology just recently made the leap from an academic discipline to a more-practical one, spurred by an effort within the community to better synthesize and share research insights. And--above all--increasing environmental pressures.

"The fact that we're changing the world means that evolutionary processes are going to be affected," said Thomas Smith, of the Department of Ecology and Evolutionary Biology at the University of California, Los Angeles (UCLA) and another Science author. The question is, according to Smith: Do we want to be engaged in this change, or not?

The paper also serves as a platform for establishing a cross-disciplinary field of applied evolutionary biology, Carroll said, and a way to promote the field as a path to sustainable development solutions.

"Evolutionary biology touches on many elements of the life sciences, from medicine to conservation biology to agriculture," said Smith. "And unfortunately, there hasn't been an effort to unify across these fields."

This disconnect exists despite the use of evolutionary tactics in many disciplines: treating HIV with a cocktail of drugs, for example, to slow pathogen resistance. And the effects of evolution already swirl in the public consciousness--and spark debate. Think of the arguments for and against genetically modified crops, or warnings about the increasing price of combating drug resistance (which costs more than $20 billion in the U.S. each year, according to the nonprofit Alliance for Prudent Use of Antibiotics).

Seldom are these issues described in an evolutionary context, said Smith. "We're missing an opportunity to educate the public about the importance of evolutionary principles in our daily lives."

In conservation, evolutionary approaches are often disregarded because of the belief that evolution is beyond our ability to manage and too slow to be useful, according to a paper Smith co-authored in the journal Annual Review of Ecology, Evolution and Systematics (AREES).

That article, recently published online, also tackles applied evolution. It was co-authored by Carroll, University of Maine Biologist Michael Kinnison, Sharon Strauss--of the Department of Evolution and Ecology at University of California-Davis--and Trevon Fuller of UCLA's Tropical Research Institute. All are NSF-funded. Kinnison and Strauss are also co-authors on the Science paper.

Yet contemporary evolution--what scientists are observing now--happens on timescales of months to a few hundred years, and can influence conservation management outcomes, according to the AREES paper.

Considering the evolutionary potential and constraints of species is also essential to combat "evolutionary mismatch." This means the environment a species exists in, and the one it has evolved to exist in, no longer match.

Such disharmony can be "dire and costly," the authors write in Science, citing the increasingly sedentary lifestyles--and processed food diets--of modern humans. These lifestyles are linked with increasing rates of obesity, diabetes and cardiovascular disorders. Restoring our health requires greater physical activity and less refined carbohydrates: "Diets and activity levels closer to those of the past, to which we are better adapted," the Science paper said.

Evolutionary biologists don't have all the answers, said Smith. And using applied evolution is not without risk. But we have reached a point "where we need to take risks in many cases," he said. "We can't just sit back and be overly conservative, or we're going to lose the game."

How evolutionary principles could help save our world 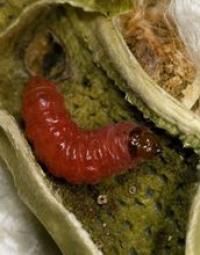 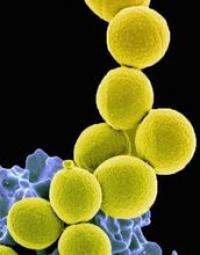