Thanksgiving gatherings could get bigger --a lot bigger -- as science uncovers the familial bonds that bind us. From millions of interconnected online genealogy profiles, researchers have amassed the largest, scientifically-vetted family tree to date, which at 13 million people, is slightly bigger than a nation the size of Cuba or Belgium. Published in the journal Science, the new dataset offers fresh insights into the last 500 years of marriage and migration in Europe and North America, and the role of genes in longevity.

"Through the hard work of many genealogists curious about their family history, we crowdsourced an enormous family tree and boom, came up with something unique," said the study's senior author, Yaniv Erlich, a computer scientist at Columbia University and Chief Science Officer at MyHeritage, a genealogy and DNA testing company that owns Geni.com, the platform that hosts the data used in the study. "We hope that this dataset can be useful to scientists researching a range of other topics."

The researchers downloaded 86 million public profiles from Geni.com, one of the world's largest collaborative genealogy websites, and used mathematical graph theory to clean and organize the data. What emerged among other smaller family trees was a single tree of 13 million people spanning an average of 11 generations. Theoretically, they'd need to go back another 65 generations to converge on one common ancestor and complete the tree. Still, the dataset represents a milestone by moving family-history searches from newspaper obituaries and church archives into the digital era, making population-level investigations possible. The researchers also make it easy to overlay other datasets to study a range of socioeconomic trends at scale.

"It's an exciting moment for citizen science," said Melinda Mills, a demographer at University of Oxford who was not involved in the study "It demonstrates how millions of regular people in the form of genealogy enthusiasts can make a difference to science. Power to the people!"

The dataset details when and where each individual was born and died, and mirrors the demographics of Geni.com individuals, with 85 percent of profiles originating from Europe and North America. The researchers verified that the dataset was representative of the general U.S. population's education level by cross-checking a subset of Vermont Geni.com profiles against the state's detailed death registry.

"The reconstructed pedigrees show that we are all related to each other," said Peter Visscher, a quantitative geneticist at University of Queensland who was not involved in the study. "This fact is known from basic population history principles, but what the authors have achieved is still very impressive."

Marriage, Migration and Genetic Relatedness Industrialization profoundly altered work and family life, and these trends coincide with shifting marriage choices in the data. Before 1750, most Americans found a spouse within six miles (10 kilometers) of where they were born, but for those born in 1950, that distance had stretched to about 60 miles (100 kilometers), the researchers found. "It became harder to find the love of your life," Erlich jokes.

Before 1850, marrying in the family was common -- to someone who was, on average, a fourth cousin, compared to seventh cousins today, the researchers found. Curiously, the researchers found that between 1800 and 1850, people traveled farther than ever to find a mate -- nearly 12 miles (19 kilometers) on average --but were more likely to marry a fourth cousin or closer. Changing social norms, rather than rising mobility, may have led people to shun close kin as marriage partners, they hypothesize.

In a related observation, they found that women in Europe and North America have migrated more than men over the last 300 years, but when men did migrate, they traveled significantly farther on average.

Genes and Longevity To try and untangle the role of nature and nurture in longevity, the researchers built a model and trained it on a dataset of 3 million relatives born between 1600 and 1910 who had lived past the age of 30. They excluded twins, individuals who died in the U.S. Civil War, World War I and II, or in a natural disaster (inferred if relatives died within 10 days of each other).

They compared each individual's lifespan to that of their relatives and their degree of separation and found that genes explained about 16 percent of the longevity variation seen in their data -- on the low end of previous estimates which have ranged from about 15 percent to 30 percent.

The results indicate that good longevity genes can extend someone's life by an average of five years, said Erlich. "That's not a lot," he adds. "Previous studies have shown that smoking takes 10 years off of your life. That means some life choices could matter a lot more than genetics."

Significantly, the study also shows that the genes that influence longevity act independently rather than interacting with each other, a phenomenon called epistasis. Some scientists have used epistasis to explain why large-scale genomic studies have so far failed to find the genes that encode complex traits like intelligence or longevity.

If some genetic variants act together to influence longevity, the researchers would have seen a greater correlation among closely related individuals who share more DNA, and thus more genetic interactions. However, they found a linear link between longevity and genetic relatedness, ruling out widespread epistasis.

"This is important in the field because epistasis has been proposed as a source of 'missing heritability,'" said the study's lead author, Joanna Thornycroft, a former graduate student at the Whitehead Institute for Biomedical Research, now at Wellcome Sanger Institute.

Adds Visscher: "This is entirely in line with theory and previous inference from SNP [variant] data, yet for some reason many researchers in human genetics and epidemiology continue to believe that there is a lot of non-additive genetic variation for common diseases and quantitative traits."

The dataset is available for academic research via FamiLinx.org, a website created by Erlich and his colleagues. Though FamiLinx data is anonymized, curious readers can check Geni.com to see if a family member may have added them there. If so, there is a good chance that they may have made it into the 13 million-person family tree.

In addition to his position at MyHeritage, a company that allows consumers to discover their family history through genetic tests and its genealogy platform, Erlich is a computer science professor at Columbia Engineering, a member of Columbia's Data Science Institute, and an adjunct core member of the New York Genome Center (NYGC).

Among the world's leading research universities, Columbia University in the City of New York continuously seeks to advance the frontiers of scholarship and foster a campus community deeply engaged in the complex issues of our time through teaching, research, patient care and public service. The University is comprised of 16 undergraduate, graduate and professional schools, and four affiliated colleges and seminaries in Manhattan, and a wide array of research institutes and global centers around the world. More than 40,000 students, award-winning faculty and professional staff define the University's underlying values and commitment to pursuing new knowledge and educating informed, engaged citizens. Founded in 1754 as King's College, Columbia is the fifth oldest institution of higher learning in the United States. http://www.columbia.edu

MyHeritage is the leading global destination for family history and DNA. As technology thought leaders, MyHeritage has transformed family history into an activity that is accessible and instantly rewarding. Its global user community enjoys access to a massive library of historical records, the most internationally diverse collection of family trees and groundbreaking search and matching technologies. Through MyHeritage DNA, the company offers technologically advanced, affordable DNA tests that reveal users' ethnic origins and previously unknown relatives. Trusted by millions of families, MyHeritage provides an easy way to find new family members, discover ethnic origins, and to share family stories, past and present, and to treasure them for generations to come. MyHeritage is available in 42 languages. http://www.myheritage.com

The New York Genome Center (NYGC) is an independent, nonprofit academic research institution at the forefront of transforming biomedical research and clinical care. Founded as a collaborative venture by the region's premier academic, medical and industry leaders, the New York Genome Center's goal is to translate genomic research into new diagnostics, therapeutics and treatments for human disease. NYGC member organizations and partners are united in this unprecedented collaboration of technology, science and medicine, designed to harness the power of innovation and discoveries to advance genomic services. Their shared objective is the acceleration of medical genomics and precision medicine to benefit patients around the world.

Columbia Engineering, based in New York City, is one of the top engineering schools in the U.S. and one of the oldest in the nation. Also known as The Fu Foundation School of Engineering and Applied Science, the School expands knowledge and advances technology through the pioneering research of its more than 200 faculty, while educating undergraduate and graduate students in a collaborative environment to become leaders informed by a firm foundation in engineering. The School's faculty are at the center of the University's cross-disciplinary research, contributing to the Data Science Institute, Earth Institute, Zuckerman Mind Brain Behavior Institute, Precision Medicine Initiative, and the Columbia Nano Initiative. Guided by its strategic vision, "Columbia Engineering for Humanity," the School aims to translate ideas into innovations that foster a sustainable, healthy, secure, connected, and creative humanity. http://engineering.columbia.edu/

The Data Science Institute at Columbia University is training the next generation of data scientists and developing innovative technology to serve society. With more than 250 affiliated faculty working in a wide range of disciplines, the Institute seeks to foster collaboration in advancing techniques to gather and interpret data, and to address the urgent problems facing society. The Institute works closely with industry to bring promising ideas to market. http://datascience.columbia.edu/ 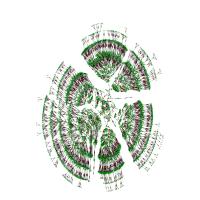