The University of Nebraska-Lincoln's Extreme Light Laboratory is one of the founding members of a new research network intended to unite the nation's most powerful laser facilities.

The network, LaserNetUS, will give U.S. scientists increased access to high-intensity, ultrafast laser facilities across the country. It features the most powerful lasers in the United States, including lasers with powers approaching or exceeding a petawatt -- a million billion watts.

Nebraska hosted the inaugural LaserNetUS meeting Aug. 20-21 in Lincoln. It was attended by about 135 members of the U.S. high energy-density science community.

Nebraska's leadership in the new network will enable it to stretch one of its strengths: research involving high-intensity laser physics.

"As a flagship research facility at Nebraska, the Extreme Light Laboratory has already attracted several students and tenure-track faculty into high energy-density physics research," said Donald Umstadter, Leland and Dorothy Olson Professor of Physics and Astronomy, and laboratory director. "We anticipate the establishment of LaserNetUS will enhance this trend."

High-intensity lasers have a broad range of applications in basic research, manufacturing and medicine. They can be used to recreate some of the most extreme conditions in the universe, such as those found in supernova explosions and near black holes. They can generate high-energy particles for physics research or intense X-ray pulses to probe matter as it evolves on ultrafast time scales. They also show promise in detecting otherwise hidden explosive threats, evaluating aging aircraft components, precisely cutting materials and delivering tightly focused radiation therapy to cancer tumors.

Petawatt lasers generate light with nearly 100 times the output of all the world's power plants -- but only in the briefest of bursts. Using the technology pioneered by two of the winners of this year's Nobel Prize in physics, called chirped pulse amplification, these lasers fire off ultrafast bursts of light shorter than a tenth of a trillionth of a second.

The United States was the dominant innovator and user of high-intensity laser technology in the 1990s, but now Europe and Asia have taken the lead, according to a recent report from the National Academies of Sciences, Engineering and Medicine. Currently, 80 to 90 percent of the world's high-intensity, ultrafast laser systems are overseas. All the highest-power research lasers currently in construction, or already built, are also overseas. The report's authors recommended establishing a national network of laser facilities to emulate successful efforts in Europe. LaserNetUS was established for that purpose.

Umstadter said the laboratory, with its research on using lasers to detect weapons of mass destruction, is playing a key role in the National Strategic Research Institute, the university-affiliated research center with the U.S. Department of Defense.

LaserNetUS will hold a nationwide call for proposals for access to the network's facilities. The proposals will be peer reviewed by an independent panel. This call will allow any researcher in the U.S. to apply for access to one of the high-intensity lasers at the host institutions.

University of Nebraska-Lincoln is founding member of laser-science network 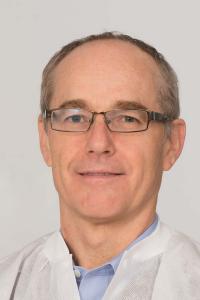