The key to promoting the hydrogen economy represented by hydrogen vehicles is to produce hydrogen for electricity generation at an affordable price. Hydrogen production methods include capturing by-product hydrogen, reforming fossil fuel, and electrolyzing water. Water electrolysis in particular is an eco-friendly method of producing hydrogen, in which the use of a catalyst is the most important factor in determining the efficiency and price competitiveness. However, water electrolysis devices require a platinum (Pt) catalyst, which exhibits unparalleled performance when it comes to speeding up the hydrogen generation reaction and enhancing long-term durability but is high in cost, making it less competitive compared to other methods price-wise.

There are water electrolysis devices that vary in terms of the electrolyte that dissolves in water and allows current to flow. A device that uses a proton exchange membrane (PEM), for instance, exhibits a high rate of hydrogen generation reaction even with the use of a catalyst made of a transition metal instead of an expensive Pt-based catalyst. For this reason, there has been a great deal of research on the technology for commercialization purposes. While research has been focused on achieving high reaction activity, research on increasing the durability of transition metals that easily corrode in an electrochemical environment has been relatively neglected.

The Korea Institute of Science and Technology (KIST) announced that a team headed by Dr. Sung-Jong Yoo from the Center for Hydrogen-Fuel Cell Research developed a catalyst made of a transition metal with long-term stability that could improve hydrogen production efficiency without the use of platinum by overcoming the durability issue of non-platinum catalysts.

The research team injected a small amount of titanium (Ti) into molybdenum phosphide (MoP), a low-cost transition metal, through a spray pyrolysis process. Because it is inexpensive and relatively easy to handle, molybdenum is used as a catalyst for energy conversion and storage devices, but its weakness includes the fact that it corrodes easily as it is vulnerable to oxidation.

In the case of the catalyst developed by the research team at KIST, it was found that the electronic structure of each material became completely restructured during the synthesis process, and it resulted in the same level of hydrogen evolution reaction (HER) activity as the platinum catalyst. The changes in the electronic structure addressed the issue of high corrosiveness, thereby improving durability by 26 times compared to existing transition metal-based catalysts. This is expected to greatly accelerate the commercialization of non-platinum catalysts.

Dr. Yoo of KIST said, "This study is significant in that it improved the stability of a transition metal catalyst-based water electrolysis system, which had been its biggest limitation. I hope that this study, which boosted the hydrogen evolution reaction efficiency of the transition metal catalyst to the level of platinum catalysts and at the same time improved the stability will contribute to earlier commercialization of eco-friendly hydrogen energy production technology."

This study was carried out with a grant from the Ministry of Science and ICT (MSIT), as part of the Institutional R&D Program of KIST, the Technical Development Program for Responding to Climate Change, and the Global Frontier Multi-Scale Energy System Research Program. It was published in the latest edition of Nano Energy (IF: 16.602, Top 4.299% in the field of JCR), a leading international journal in the area of energy and nanotechnology. 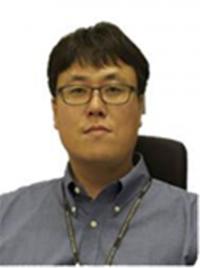