Many species of owl are able to hunt in effective silence by suppressing their noise at sound frequencies above 1.6 kilohertz (kHz) - over the range to which human hearing is most sensitive.

A team of researchers studying the acoustics of owl flight - including Justin W. Jaworski, assistant professor of mechanical engineering and mechanics at Lehigh's P.C. Rossin College of Engineering and Applied Science-are working to pinpoint the mechanisms that accomplish this virtual silence to improve man-made aerodynamic design - of wind turbines, aircraft, underwater vehicles and, even, automobiles.

Now, the team has succeeded - through physical experiments and theoretical modeling - in using the downy canopy of owl feathers as a model to inspire the design of a 3-D printed, wing attachment that reduces wind turbine noise by a remarkable 10 decibels - without impacting aerodynamics. They have further investigated how such a design can reduce roughness and trailing-edge noise. In particular, trailing-edge noise is prevalent in low-speed applications and sets their minimum noise level. The ability to reduce wing noise has implications beyond wind turbines, as it can be applied to other aerodynamic situations such as the noise created by air seeping through automobile door and window spaces.

Their findings will be published in two forthcoming papers - one called "Bio-inspired trailing edge noise control" in the American Institute of Aeronautics and Astronautics Journal and the other called "Bio-inspired canopies for the reduction of roughness noise" in the Journal of Sound and Vibration.

The researchers - from Lehigh, Virginia Tech, Florida Atlantic University and University of Cambridge - specifically looked at the velvety down that makes up the upper wing surface of many large owls - a unique physical attribute, even among birds, that contributes to owls' noiseless flight. As seen under a microscope, the down consists of hairs that form a structure similar to that of a forest. The hairs initially rise almost perpendicular to the feather surface but then bend over in the flow direction to form a canopy with interlocking barbs at the their tops - cross-fibers.

After realizing that the use of a unidirectional canopy - with the cross-fibers removed - was the most effective - as it didn't produce high-frequency self-noise of the fabric canopies, but still suppressed the noise-producing surface pressure - they created a 3-D-printed, plastic attachment consisting of small "finlets" that can be attached to an airfoil (or, wing). The finlet invention may be retrofitted to an existing wing design and used in conjunction with other noise-reduction strategies to achieve even greater noise suppression.

"The most effective of our designs mimics the downy fibers of an owl's wing, but with the cross-fibers removed," says Jaworski. "The canopy of the owl wing surface pushes off the noisy flow. Our design mimics that but without the cross fibers, creating a unidirectional fence - essentially going one better than the owl."

The research is funded in part by the U.S. Office of Naval Research.

Journal of Sound and Vibration 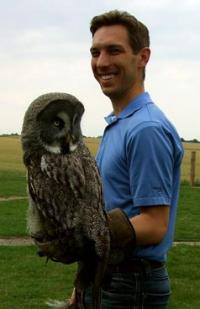