A point set registration problem is a task using two shapes, each consisting of a set of points, to estimate the relationship of individual points between the two shapes. Here, a "shape" is like a human body or face, which is similar to another body or face but exhibits morphological diversity. Taking the face as an example: the center position of the pupil of an eye varies depending on individuals but can be thought to have a correspondence with that of another person. Such a correspondence can be estimated by gradually deforming one shape to be superimposable on the other. Estimation of the correspondence of a point on one shape to a point on another is the point set registration problem. Since the number of points of one shape could be millions, estimation of correspondence is calculated by a computer. Nonetheless, up to now, even when the fastest conventional method was used, it took a lot of time for calculation for registration of ca. 100,000 points. Thus, algorithms that could find a solution far faster without affecting accuracy have been sought. Furthermore, preliminary registration before automated estimation was a prerequisite for the conventional calculation method, so algorithms that do not need preliminary registration are desirable.

Prof. Osamu Hirose, a young scientist at Kanazawa University, has been working on this problem. In his study, a completely new approach has been taken; a point set registration problem is defined as maximization of posterior probability*1) in Bayesian statistics*2) and the smoothness of a displacement field*3) is defined as a prior probability*4). As a result, a new algorithm has been discovered that can find a solution of a typical point set registration problem even without sufficient preliminary registration. In addition, by replacing some calculations of this algorithm with approximation, point set registration problems can be solved drastically faster than conventional methods. For example, for two point sets consisting of ca. 100,000 points each (leftmost in Figure 1), application of the present method was successful in completing highly accurate registration within 2 min, while the fastest method that was publicly available took about three hours. Also, as shown in Figure 2, the proposed method successfully registered the "dragon" dataset, where both point sets were composed of 437,645 points each. The computing time was roughly 20 min. Although the present high-speed calculation uses approximations, the accuracy of registration is not reduced to a discernible extent, as demonstrated by numerical experiments.

On the other hand, the method could be further improved. Although it is remarkably faster than the conventional method, calculation speed may become a problem when the number of points in a point set reaches millions. Prof. Hirose is further developing methods to enable calculation of such a large point set registration problem within several minutes. Preliminary results show great promise for successful further developments.

A category of statistics that introduces a prior probability, playing a role in prior knowledge for improving an inference from data.

The assumption that displacement vectors to define a shape deformation gradually become parallel as the distance between points decreases. It has been known from the early phase of this research field that this assumption remarkably improves accuracy of registration.

A type of probabilities used in Bayesian statistics. It can be interpreted as the probability of a hypothesis being true without observations, and it plays a role in prior knowledge reinforcing an inference. In this study on point set registration problems, smoothness of displacement field is introduced as a prior probability. 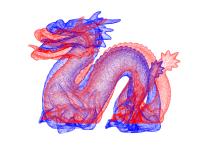 Figure 2. Application of the algorithm to the "dragon" dataset.

Figure 3. Example of shape transfer by applying the present method.