An inter-university research group has succeeded in constructing the gene expression network behind the vascular development process in plants. They achieved this by performing bioinformatics analysis using the 'VISUAL' (*1) tissue culture platform, which generates vascular stem cells (*2) from leaf cells. In this network, they also discovered a new BES/BZR transcription factor (*3), BEH3, which regulates vascular stem cells. In addition, they illuminated a novel vascular cell maintenance system whereby BEH3 competes with other transcription factors from the same BES/BZR family in order to stabilize vascular stem cell multiplication and differentiation.

The researchers hope to identify more regulatory factors for stem cells, which will contribute towards our understanding of the molecular basis behind continuous stem cell activity in plants.

These research results were published in the American plant sciences journal The Plant Cell on June 1, 2021.

Plants take form by self-replicating their stem cells and differentiating these stem cells so that they have specialized functions for constructing parts of the plant, such as its organs and tissues. Unlike animals, plants continue to regenerate and grow by producing stem cells throughout their life. For example, trees such as cryptomeria can have long lifespans (the Jomon Cedar Tree on Japan's Yakushima Island is at least 2000 years old), and each year they promote secondary growth which results in another tree ring around their trunks. This secondary growth is occurs inside a region of meristem tissue called the cambium layer where vascular stem cells multiply and differentiate into xylem cells (*4) and phloem cells (*5), enabling the trunk to grow wider. In other words, plant must continuously produce vascular stem cells throughout their lives in order to keep growing, and it is vital for them to maintain the balance between stem cell multiplication and differentiation.

In recent years, studies using the model plant Arabidopsis thaliana have been conducted into how the multiplication and differentiation of stem cells are regulated from the perspectives of genetics, life sciences and informatics research. However, the mechanism by which plants regulate and maintain the appropriate balance of stem cells has yet to be understood.

In order to analyze the process by which vascular stem cells differentiate into xylem cells and phloem cells (Figure 1), Associate Professor Kondo et al.'s research group developed the tissue culture system 'VISUAL' to artificially generate stem cells from leaf cells. VISUAL has many benefits that make it suitable for research on vascular stem cells, for example, it is easy to genetically analyze plants that have a particular gene function removed (i.e. mutants) and it is also possible to observe the temporal progression of vascular stem cell differentiation. In this study, the researchers collected data on multiple mutants and carried out large-scale analyses of gene expression at various time points. They conducted gene co-expression network analysis (*6) on similarities in the expression patterns to evaluate the relationship between different genes. From this analysis, they succeeded in identifying the distinctive groups of genes in xylem cells, phloem cells and vascular stem cells (Figure 1). Using VISUAL, this research group previously revealed that the BES/BZR transcription factors BES1 and BZR1 play an important role in vascular stem cell differentiation. This time, they identified another BES/BZR transcription factor, BEH3, in the vascular stem cell gene group through network analysis, and also examined its vascular stem cell suppressing function.

Next, the researchers investigated vascular formation using mutants with BEH3's function removed. They found that the mutants had large variations in vascular size compared to the wild type (non-mutant plant) and concluded that BEH3 stabilizes vascular stem cells. The research group had previously found that strengthening the function of BES1 (which promotes vascular cell differentiation) caused the number of vascular cells to decrease, however they found that when they strengthened the function of BEH3 opposite occurred and the number of vascular stem cells increased. Upon researching this further, the research group discovered that even though BEH3 could bind to the same DNA motif (*7, BRRE motif) as the other BES/BZR transcription factors, BEH3's ability to regulate the expression of downstream genes was significantly weaker. These results showed that BEH3 hinders the activity of other BES/BZR transcription factors (Figure 2), and the researchers inferred from this relationship that BEH3's function in vascular stem cells is opposed to that of the factors in the same family, including BES1. A mathematical model was used to verify and simulate this competitive relationship between BEH3 and the other BES/BZR transcription factors, and the results indicated that the presence of BEH3 in vascular stem cells contributes towards stabilizing vascular size (Figure 3).

There are thought to be many important gene candidates in this research group's vascular stem cell gene expression network that will contribute towards understanding of vascular development and functions. It is hoped that the valuable information obtained through this study will accelerate vascular research. In addition, further illuminating the relationships between BEH3 and other BES/BZR transcription factors and their respective differences will deepen our understanding of the mechanism by which plants maintain the balance between stem cell multiplication and differentiation.

In the future, this knowledge could contribute towards biomass production techniques, and other areas that require large-scale stable plant growth.

VISUAL stands for 'Vascular cell Induction culture System Using Arabidopsis Leaves'. It is an in vitro culture system, which allows vascular cells to be easily induced.

A family of proteins called transcription factors that regulate gene expression. This specific transcription factor family is only found in plants and a total of six members are found in the model plant Arabidopsis thaliana. These factors also play important roles outside of vascular development as they also respond to the plant hormone brassinosteriod.

Cells that make up the xylem tissue. The xylem is made up of vessels (that send the water and minerals that are absorbed by the roots to the plant's shoots and leaves above ground) and xylem fibers (that support the plant's stem) among other elements.

The main cell in the phloem tissue. The phloem consists of phloem cells that transport organic nutrients such as photosynthesis products and companion cells that aid this process.

Large scale expression data on multiple types of thousands of genes (including mutant and temporal) is used to identify the extent to which the expression patterns of each gene resemble each other. This method enables relationships between genes to be visualized based on the similarity of their expression patterns.

This refers to a specific DNA sequence pattern consisting of numerous bases in a region for gene expression regulation. Transcription factors bind to the DNA depending on the specific sequence, thus regulating gene transcription.

This research was mainly carried out at Kobe University with support from the University of Tokyo and Kyushu University. It received the following funding:

*At the time of research/previous position.

A new mechanism behind continuous stem cell activity in plants 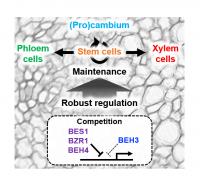 Figure 3: A model of vascular stem cell regulation based on this research.