The Gulf of Mexico: what role will the Mississippi River play in oil washing ashore and into delta wetlands?

One of the spill's greatest environmental threats is to Louisiana's wetlands, scientists believe.

But there may be good news ahead.

Scientists affiliated with the National Center for Earth-surface Dynamics (NCED), a National Science Foundation (NSF) Science and Technology Center headquartered at the University of Minnesota, are using long-term field plots in Louisiana's Wax Lake Delta to measure the baseline conditions of, and track the effects of the oil spill on, coastal Louisiana wetlands.

Fresh water head, as it's called, the slope of the water's surface from a river delta to the sea, and residence time of river-mouth wetlands, the time it takes water to move through a wetland at a river's mouth, are important to understanding how delta wetlands will respond to the oil spill, say the researchers.

"Since the Mississippi River is currently at a relatively high stage, we expect the river's high volume of freshwater to act as a hydrologic barrier, keeping oil from moving into the Wax Lake Delta from the sea," says Twilley.

Twilley and Holm are performing baseline and damage assessments on the plants and soils of, and comparing oil degradation processes in, freshwater and saltwater Louisiana wetlands.

"The Mississippi River's 'plumbing' provides a potential benefit to reducing the movement of oil onshore from shelf waters," says Twilley.

The Mississippi's flow has been altered for flood control to protect people and infrastructure in this working delta.

River diversion structures--concrete gates built within the levees of the river--may be operated, however, to allow water to flow to specific coastal basins and floodways, says Twilley, "as a way to provide controlled floods."

The operational features of this system "downriver to the control structure near Venice, Louisiana," he says, "may provide a second line of defense against oil washing in."

But any strategy using Mississippi River hydrology must be one of clear options and tradeoffs, says H. Richard Lane, program director in NSF's Division of Earth Sciences, which funds NCED.

"As the river stage falls and protection diminishes," says Lane, "it becomes a question of how best to distribute this freshwater resource to defend the coast from the movement of oil onshore."

The answer, Twilley says, lies in the delicate balance of river, coastal and Gulf of Mexico processes "that must work in concert to benefit the incredible 'ecosystem services' this region provides to the nation."

"We must look at all options for protecting them for the future."

In addition to his NCED and LSU affiliations, Twilley is the recipient of an NSF rapid response oil spill grant. 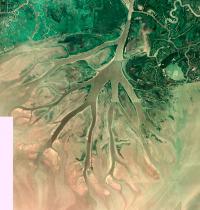 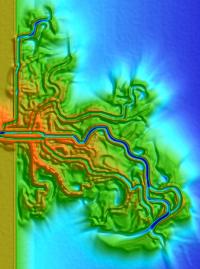