WASHINGTON, April 19—To produce the maximum amount of energy, solar cells are designed to absorb as much light from the Sun as possible. Now researchers from the University of California, Berkeley, have suggested – and demonstrated – a counterintuitive concept: solar cells should be designed to be more like LEDs, able to emit light as well as absorb it. The Berkeley team will present its findings at the Conference on Lasers and Electro Optics (CLEO: 2012), to be held May 6-11 in San Jose, Calif.

"What we demonstrated is that the better a solar cell is at emitting photons, the higher its voltage and the greater the efficiency it can produce," says Eli Yablonovitch, principal researcher and UC Berkeley professor of electrical engineering.

Since 1961, scientists have known that, under ideal conditions, there is a limit to the amount of electrical energy that can be harvested from sunlight hitting a typical solar cell. This absolute limit is, theoretically, about 33.5 percent. That means that at most 33.5 percent of the energy from incoming photons will be absorbed and converted into useful electrical energy.

Yet for five decades, researchers were unable to come close to achieving this efficiency: as of 2010, the highest anyone had come was just more than 26 percent. (This is for flat-plate, "single junction" solar cells, which absorb light waves above a specific frequency. "Multi-junction" cells, which have multiple layers and absorb multiple frequencies, are able to achieve higher efficiencies.)

More recently, Yablonovitch and his colleagues were trying to understand why there has been such a large gap between the theoretical limit and the limit that researchers have been able to achieve. As they worked, a "coherent picture emerged," says Owen Miller, a graduate student at UC Berkeley and a member of Yablonovitch's group. They came across a relatively simple, if perhaps counterintuitive, solution based on a mathematical connection between absorption and emission of light.

"Fundamentally, it's because there's a thermodynamic link between absorption and emission," Miller says. Designing solar cells to emit light – so that photons do not become "lost" within a cell – has the natural effect of increasing the voltage produced by the solar cell. "If you have a solar cell that is a good emitter of light, it also makes it produce a higher voltage," which in turn increases the amount of electrical energy that can be harvested from the cell for each unit of sunlight, Miller says.

The theory that luminescent emission and voltage go hand in hand is not new. But the idea had never been considered for the design of solar cells before now, Miller continues.

This past year, a Bay area-based company called Alta Devices, co-founded by Yablonovitch, used the new concept to create a prototype solar cell made of gallium arsenide (GaAs), a material often used to make solar cells in satellites. The prototype broke the record, jumping from 26 percent to 28.3 percent efficiency. The company achieved this milestone, in part, by designing the cell to allow light to escape as easily as possible from the cell – using techniques that include, for example, increasing the reflectivity of the rear mirror, which sends incoming photons back out through the front of the device.

Solar cells produce electricity when photons from the Sun hit the semiconductor material within a cell. The energy from the photons knocks electrons loose from this material, allowing the electrons to flow freely. But the process of knocking electrons free can also generate new photons, in a process called luminescence. The idea behind the novel solar cell design is that these new photons – which do not come directly from the Sun – should be allowed to escape from the cell as easily as possible.

"The first reaction is usually, why does it help [to let these photons escape]?" Miller says. "Don't you want to keep [the photons] in, where maybe they could create more electrons?" However, mathematically, allowing the new photons to escape increases the voltage that the cell is able to produce.

The work is "a good, useful way" of determining how scientists can improve the performance of solar cells, as well as of finding creative new ways to test and study solar cells, says Leo Schowalter of Crystal IS, Inc. and visiting professor at Rensselaer Polytechnic Institute, who is chairman of the CLEO committee on LEDs, photovoltaics, and energy-efficient photonics.

Yablonovitch says he hopes researchers will be able to use this technique to achieve efficiencies close to 30 percent in the coming years. And since the work applies to all types of solar cells, the findings have implications throughout the field.

The CLEO: 2012 presentation CF2J.1, "The Opto-Electronics which Broke the Efficiency Record in Solar Cells," by Eli Yablonovitch and Owen D. Miller, is at 10:30 a.m. Friday May 11 in the San Jose Convention Center.

A Press Room for credentialed press and analysts will be located on-site at CLEO: 2012 in the San Jose Convention Center, May 6 – May 11. Media interested in attending the conference should register on the CLEO website or contact Angela Stark at 202.416.1443, astark@osa.org.

With a distinguished history as the industry's leading event on laser science, the Conference on Lasers and Electro-Optics (CLEO) and the Quantum Electronics Laser Science Conference (QELS) is where laser technology was first introduced. CLEO: 2012 will unite the field of lasers and electro-optics by bringing together all aspects of laser technology, with content stemming from basic research to industry application. Sponsored by the American Physical Society's (APS) Laser Science Division, the Institute of Electronic Engineers (IEEE) Photonics Society and the Optical Society (OSA), CLEO: 2012 provides the full range of critical developments in the field, showcasing the most significant milestones from laboratory to marketplace. With an unparalleled breadth and depth of coverage, CLEO: 2012 connects all of the critical vertical markets in lasers and electro-optics. For more information, visit the conference's website at www.cleoconference.org. 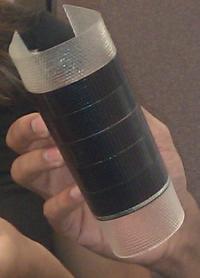