Researchers from Chulalongkorn University, Bangkok and the Natural History Museum, London (Thanit Siriboon, Chirasak Sutcharit, Fred Naggs and Somsak Panha) discovered many new taxa of the brightly coloured carnivorous terrestrial snails family Streptaxidae. Terrestrial snails are primarily herbivores and only a rare few groups like this one are carnivorous. The animals come from several limestone areas across the world, including some threatened by human exploitation, especially by quarrying.

Three new species from the genus Perrottetia were described from north and northeastern Thailand. The species show extraordinary endemism, with each of these colourful snails occurring as "One Hill One Species". This is a very peculiar phenomenon where each one of these highly endemic snails is specific and the only one inhabiting a certain mountain range. They live in rock crevices, feeding on tinier snails, insect larvae and some earthworms species. These beautiful animals are now at risk from extinction with the destruction of limestone ecosystems. The study was published in the open access journal ZooKeys.

Limestone ecosystems in the world are now being destroyed at an alarming rate. This means we are losing biodiversity resources, a tendency especially threatening for the hot spot areas like Thailand. The new research findings show that key terrestrial invertebrates, such as several new bright carnivorous land snails are still persisting in such areas and are being described even from the highly endangered quarried sites. This demonstrates that there are still remnants of some fundamental ecosystem, which lives and is struggling for survival, a great experience for mankind to learn.

"The three new Perrottetia species exhibit distinct morphological characteristics, which make for a great example for evolutionary studies in unstable environments," comments one of the authors, Dr Somsak Panha. "More than 50% of limestone ecosystems in this region have been or still are being destroyed. This astonishing case of biodiversity persistence gives a valuable reason to put effort in the conservation of this important world ecosystem. " 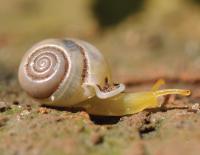 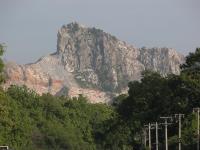