Barcelona, Spain, 27 September 2019 - Many new anti-cancer medicines add little value for patients compared to standard treatment and are rarely worth the extra cost, according to results of two studies investigating links between clinical benefit and pricing in Europe and the USA, reported at the ESMO Congress 2019. (1,2,3)

The studies looked to see if monthly treatment costs of medicines introduced in the last 10-15 years for solid tumours were associated with clinical benefit scores showing improved outcomes such as survival, quality of life and/or treatment complications versus standard treatment.

"Most of the new cancer drugs had low added value, so doctors and patients shouldn't assume that just because a drug is new, it's going to be better," said Dr Marc Rodwin, Law School, Suffolk University, Boston, USA and co-author of a study of new anti-cancer drugs in France. (2)

In this study, almost half of new drugs approved in Europe between 2004 and 2017 for treatment of solid tumours had low added value scores on the ESMO Magnitude of Clinical Benefit Scale (ESMO-MCBS), (4) and over two thirds had low added value on the Added Therapeutic Benefit Ranking (ASMR) scale used by French drug regulators. (2) On average, new drug costs were EUR2,525 per month more than comparator drugs for the same cancer type.

"This was the first study in France to correlate price with well recognised independent scales of added value and it showed that, while there was a link between cost and added value, it was weak," said Rodwin.

In the second study of drugs approved for adult solid tumours in four European countries and the USA from 2009-2017, there was no link between drug cost and clinical benefit measured by ESMO-MCBS and the American Society of Clinical Oncology Value Framework (ASCO-VF). (5) Overall, median cancer drug prices in Europe were less than half US prices. The median monthly cost for drugs with low benefit scores on ESMO-MCBS ranged from USD4,361-5,273 in the European countries compared to USD12,436 in the USA.

"Drug costs were not associated with clinical benefit score in any of the countries we looked at. For example, some of the more expensive drugs for prostate and lung cancer in Switzerland had lower ESMO-MCBS scores, while cheaper drugs had higher scores," said study co-author, Prof Kerstin Vokinger, University of Zurich, Switzerland, and affiliated with the Program on Regulation, Therapeutics, and Law (Harvard Medical School, USA). "It is important that drug pricing is aligned with clinical value and that our limited resources are spent on innovative medicines that offer improved outcomes."

Dr Barbara Kiesewetter, Medical University of Vienna, Austria, and a member of the ESMO-MCBS Working Group, (6) pointed out that the new research underlines the growing importance of the ESMO-MCBS in clinical practice in Europe to assist doctors and patients in discussions and decisions on treatment.

"The ESMO-MCBS is very easy to use and anyone can go online to check the scores of cancer drugs, and understand the factors that are used to grade the clinical benefit of medicines. It's very important to have this validated score not only for daily decision making but to influence reimbursement decisions and reduce treatment disparities," she said.

"Cost is one of the main reasons why patients are denied access to the newer anti-cancer drugs, and we can use the ESMO-MCBS to clearly demonstrate which drugs provide greatest benefit for patients. By showing which drugs are most likely to be worth the higher cost, we can hopefully improve access to the drugs with greatest value so that patients receive standardised, optimal therapy wherever they live," Kiesewetter concluded.

3 Abstract 1631PD_PR 'Clinical benefit and prices of cancer drugs in the US and Europe' will be presented by Kerstin Vokinger during the Poster discussion session on Sunday, 29 September 2019, 10:15-11:45 in Leon Auditorium (Hall 3). Annals of Oncology, Volume 30, Supplement 5, October 2019

Background: The cost of new cancer medications is increasing prompting clinicians and policymakers to ask if newer therapies are worth their cost. We evaluated the relation between the price of new cancer drugs and their added therapeutic benefit measured by France's High Authority of Health (HAS) and the European Society for Medical Oncology (ESMO).

Methods: We studied drugs to treat solid tumors registered by the European Medicines Agency (EMA) from 2004 to 2017. Prices were obtained from the French Official Journal. Rating for added therapeutic value were obtained from the HAS Added Therapeutic Benefit ranking (ASMR 1 being the highest benefit, and 5 the lowest) and the v1.1 ESMO-Magnitude of Clinical Benefit Scale (MCBS, 5 being the highest and 2 being the lowest). We calculated monthly treatment costs for each new drug compared with existing treatment and the correlations between price increase and added therapeutic value using Spearman's tests.

Conclusions: Most new drugs provided low added value. On average, new drug prices increased 2,525 euros over their comparator. Prices were weakly correlated with added value, but price increases were not.

Legal entity responsible for the study: The authors

Background: Given rising cancer drug costs, US Medicare recently proposed to tie some drug prices to average prices paid by comparable countries. To understand the potential scope of this policy, we assessed differences in cancer drug prices in the US and European countries. We also evaluated the correlation between drug prices and their clinical benefit, as measured by two value frameworks: the American Society of Clinical Oncology Value Framework v2 (ASCO VF) and the European Society for Medical Oncology Magnitude of Clinical Benefit Scale v1.1 (ESMO-MCBS).

Methods: We identified all new drugs for adult solid and hematologic cancers, approved by the FDA from 2009-2017 and that have also been approved by the EMA by December 31, 2018. US average sales prices (and if not available, wholesale acquisition costs) were extracted as of February 1, 2019, and compared to comparable currency-adjusted ex-factory drug costs in England, France, Germany, and Switzerland. ASCO VF and ESMO-MCBS scores were assessed for pivotal trials supporting solid tumor drugs; in case of multiple trials, we focused on the highest score. Consistent with the developers of the rating scales, "high benefit" was defined as scores of A-B (neo/adjuvant setting) and 4-5 (palliative setting) on the ESMO-MCBS scale and scores ?45 on the ASCO VF. Linear regression models and non-parametric Kruskal-Wallis test and were used to assess the association between drug prices and benefit scores.

Results: The study cohort included 63 drugs approved by the FDA and the EMA during the study period. 46 (73%) were approved for solid tumors, and 17 (27%) were approved for hematologic malignancies. Overall, median cancer drug prices in Europe were 52% (interquartile range: 37-72%) lower than US prices. There was no association between monthly treatment cost and ASCO-VF or ESMO-MCBS scores in any country. There was also no association between price differential between US and median European drug prices and either ASCO-VF (P=0.599) or ESMO-MBCS (P=0.321) scores.

Legal entity responsible for the study: University of Zurich 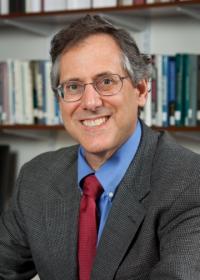