The populations of common animals are just as likely to rise or fall in number in a time of accelerating global change as those of rare species, a study suggests.

A study of more than 2,000 species reveals animal populations around the world - from the very common to endangered species - are going up and down as global change alters land, sea and freshwater ecosystems.

The findings highlight a need to look beyond only rare species in order to improve efforts to conserve global biodiversity, scientists say.

Critically endangered animals - such as the Hawksbill sea turtle - were previously thought to be at greater risk of decline than common species like red deer, but the study found a wide spectrum of changes in animal numbers.

Findings from the new study suggest the numbers within very common animal species are, in fact, as likely to increase or decrease as rare ones.

However, species with smaller population sizes were shown to be more likely to change from year to year, potentially increasing their extinction risk in the long term.

Until recently, scientists were still compiling data on how animal populations were shifting over time on a global scale across the different regions of the planet.

Making use of the newly available data, a team of University of Edinburgh researchers studied nearly 10,000 animal populations recorded in the Living Planet Database between 1970 and 2014 to provide a new perspective on animal population change. These include records of mammals, reptiles, sharks, fish, birds and amphibians.

The team found that 15 per cent of all populations declined during the period, while 18 per cent increased and 67 per cent showed no significant change.

Amphibians were the only group in which population sizes declined, while birds, mammals and reptiles experienced increases.

The overall decline in amphibians makes them a priority for conservation efforts, researchers say, as their loss could have knock-on effects in food chains and wider ecosystems.

The study, published in the journal Nature Communications, was funded by the Natural Environment Research Council and the Carnegie Trust.

Gergana Daskalova, of the University of Edinburgh's School of GeoSciences, who led the study, said: "We often assume that declines in animal numbers are prevalent everywhere. But we found that there are also many species which have increased over the last half of a century, such as those that do well in human-modified landscapes or those that are the focus of conservation actions."

Dr Isla Myers-Smith, also of the School of GeoSciences, who co-authored the study, said: "Only as we bring together data from around the world, can we begin to really understand how global change is influencing the biodiversity of our planet. The original idea for this study stemmed from a fourth year undergraduate class at the University of Edinburgh. It is so inspiring to see early career researchers tackle some of the big conservation questions of our time using advanced data science skills." 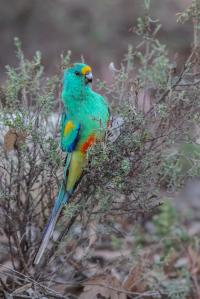