The Korea Institute of Science and Technology (KIST) has announced that a research team led by Dr. Joong-Kee Lee of the Center for Energy Storage Research had developed a next-generation secondary battery that uses zinc metal as an electrode without any risk of explosion or fire. This battery is safe enough to be worn on the body and can be manufactured in the form of fiber shape, which means it may potentially be applied as a power source for wearable devices in the future.

Recently, the demand for safe batteries has been rising dramatically, mainly due to fires occurring in various electronic devices using lithium-ion batteries. The primary cause of such fires is the highly flammable electrolytes, but since Zn-ion secondary batteries use water-based electrolytes, there is no risk of explosion. This is why they are considered one of the more promising candidates to replace Li-ion batteries.

However, zinc anodes, which are the core material of existing Zn-ion batteries, present an inherent problem in that they undergo continuous corrosion in water-based electrolytes. Not only that, when zinc ions are stored on a metal surface, they accumulate as crystals in the form of branches (dendrites)* and trigger a short circuit between electrodes, resulting in a sharp decline in efficiency. Various studies have been carried out to come up with a solution to this problem through the means of a zinc metal complex, surface coating, and shape change, for example, but there have been major limitations in relation to processing cost and time.

The team headed by Dr. Lee from KIST developed a periodic anodizing method, which involves repeatedly permitting and blocking a flow of current on the surface of the metal electrode, thereby successfully controlling the surface coating morphologies and shape pattern array of the zinc oxide film simultaneously.

Using this method, the KIST research team inhibited the generation of dendrites during the electrochemical reaction by forming a functionalized shape in which hexagonal pyramids were arranged on the surface of zinc metal. According to the periodic anodizing method, the zinc oxide covering the upper part of the hexagonal pyramid is thick, whereas it is thin on the sides. The variation in thickness induces the zinc metal to accumulate on the side with a relatively thinner layer of zinc oxide. Dendrites are a problem as they accumulate vertically on the metal surface, but the newly developed technology in question induces the zinc metal film to grow in a horizontal direction on the electrode surface, and it was able to effectively suppress the generation of dendrite. As for the zinc oxide film that formed on the surface, direct contact with electrolytes was blocked, thereby preventing corrosion and side reaction at the same time.

Based on such stability, the KIST researchers made a Zn-ion secondary battery in the form of flexible fibers. In addition to being bent can be bent easily, it can be used incorporated into clothing, a bag if it is made into fabric. (ACS Appl. Mater. Interfaces 2020, 12, 5, 5820-5830)

Dr. Lee, a senior researcher at KIST, said, "The high-performance Zn-ion secondary battery developed in this study does not present any potential risks associated with Li-ion batteries coming into contact with the human body. At the same time, we expected it to garner attention as a next-generation secondary battery that is safe for the human body and doesn't present any risks of explosion or fire, along with its excellent electrochemical performance that is comparable to the existing commercial batteries in terms of battery capacity. (Advanced Functional Materials, 2020, 202004210, DOI: 10.1002/adfm.202004210) It appears that based on excellent stability, improved electrochemical performance, and simple processes, it will be possible to make the manufacturing process practical for real-life application."

* Dendrite: A crystal that develops in the form of a tree branches and grows abnormally on some metal surfaces when zinc ions become reduced and get deposited on the metal electrode. It causes expansion of the electrode and side reactions between the electrode and electrolyte, thereby reducing the safety and lifetime of the battery.

This study was conducted with a grant from the Ministry of Science and ICT (MSIT), as part of the Institutional R&D Program of KIST, and the Mid-Career Researcher Grant Program. The related paper was published in the latest edition of Advanced Functional Materials (IF: 16.836, top 3.981% in the field of JCR), a leading journal in the field of materials research. 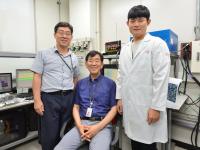 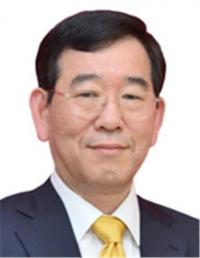