Addiction researchers at Washington University School of Medicine in St. Louis have found that a risk for alcoholism also may put individuals at risk for obesity.

The researchers noted that the association between a family history of alcoholism and obesity risk has become more pronounced in recent years. Both men and women with such a family history were more likely to be obese in 2002 than members of that same high-risk group had been in 1992.

"In addiction research, we often look at what we call cross-heritability, which addresses the question of whether the predisposition to one condition also might contribute to other conditions," says first author Richard A. Grucza, PhD. "For example, alcoholism and drug abuse are cross-heritable. This new study demonstrates a cross-heritability between alcoholism and obesity, but it also says — and this is very important — that some of the risks must be a function of the environment. The environment is what changed between the 1990s and the 2000s. It wasn't people's genes."

Obesity in the United States has doubled in recent decades from 15 percent of the population in the late 1970s to 33 percent in 2004. Obese people – those with a body mass index (BMI) of 30 or more – have an elevated risk for high blood pressure, diabetes, heart disease, stroke and certain cancers.

Reporting in the Archives of General Psychiatry, Grucza and his team say individuals with a family history of alcoholism, particularly women, have an elevated obesity risk. In addition, that risk seems to be growing. He speculates that may result from changes in the food we eat and the availability of more foods that interact with the same brain areas as addictive drugs.

"Much of what we eat nowadays contains more calories than the food we ate in the 1970s and 1980s, but it also contains the sorts of calories — particularly a combination of sugar, salt and fat — that appeal to what are commonly called the reward centers in the brain," says Grucza, an assistant professor of psychiatry. "Alcohol and drugs affect those same parts of the brain, and our thinking was that because the same brain structures are being stimulated, overconsumption of those foods might be greater in people with a predisposition to addiction."

Grucza hypothesized that as Americans consumed more high-calorie, hyper-palatable foods, those with a genetic risk for addiction would face an elevated risk from because of the effects of those foods on the reward centers in the brain. His team analyzed data from two large alcoholism surveys from the last two decades.

Grucza says a possible explanation for obesity in those with a family history of alcoholism is that some individuals may substitute one addiction for another. After seeing a close relative deal with alcohol problems, a person may shy away from drinking, but high-calorie, hyper-palatable foods also can stimulate the reward centers in their brains and give them effects similar to what they might experience from alcohol.

"Ironically, people with alcoholism tend not to be obese," Grucza says. "They tend to be malnourished, or at least under-nourished because many replace their food intake with alcohol. One might think that the excess calories associated with alcohol consumption could, in theory, contribute to obesity, but that's not what we saw in these individuals."

Grucza says other variables, from smoking, to alcohol intake, to demographic factors like age and education levels don't seem to explain the association between alcoholism risk and obesity.

"It really does appear to be a change in the environment," he says. "I would speculate, although I can't really prove this, that a change in the food environment brought this association about. There is a whole slew of literature out there suggesting these hyper-palatable foods appeal to people with addictive tendencies, and I would guess that's what we're seeing in our study."

The results, he says, suggest there should be more cross-talk between alcohol and addiction researchers and those who study obesity. He says there may be some people for whom treating one of those disorders also might aid the other.

Risk for alcoholism linked to risk for obesity 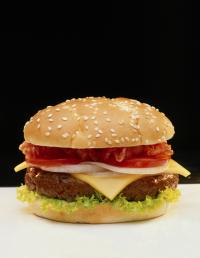