Bees latch on to similarly-sized nectarless flowers to unpick pollen - like keys fitting into locks, University of Stirling scientists have discovered.

Research, published in Ecology and Evolution, shows the right size of bee is needed to properly pollinate a flower. The insect fits tightly with the flower's anthers, to vibrate and unlock pollen sealed within.

Dr Mario Vallejo-Marin, from Stirling's Faculty of Natural Sciences, said: "We found that a pollinator's size, compared to the flower, significantly influences how much pollen is deposited."

Experts found more pollen grains are deposited when the pollinator's body is the same size or wider than the space between the flower's reproductive organs.

Dr Vallejo-Marin said: "Some plants, particularly those that are buzz-pollinated - a technique where bees hold onto the flower and vibrate to shake out the pollen - require a close physical interaction between their floral sexual organs and their visitors.

"The closer the bee fits to the flower, allowing it to touch both the male and female sexual organs, the more efficiently the insect can transfer pollen between plants."

Bees that are too small, relative to the size of the flower, transfer fewer pollen grains to other flowers and act 'pollen thieves', extracting the pollen they need without pollinating the flower.

Flowers need pollinators to collect and transport pollen to fertilise other flowers and trigger fruit and seed production.

"Our findings will help understand natural populations of nightshade and whether a visitor acts as a pollinator, or a pollen thief. This is not only relevant in its native range in Mexico, but also in the invasive species which is found right around the world."

Dr Vallejo-Marin added: "Surprisingly, visits by smaller bees were associated with more seeds being produced, indicating that more pollen does not necessarily create more seeds. Seed production may also depend on the quality of the pollen and different kinds of pollen grains competing to germinate. However, by identifying whether visiting bees and complex flowers match physically, we can predict whether these bees are likely to be effective pollen carriers or not."

The ecologists used a species of nightshade plant (Solanum rostratum), which was buzz-pollinated with captive bumblebees of varying sizes. They recorded the number of visits received, pollen deposition, and fruit and seed production. Varieties of nightshade include potatoes, tomatoes and peppers. 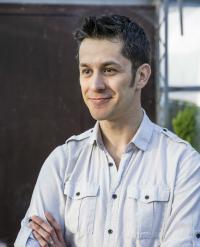