Here is the latest American Chemical Society (ACS) News Service Weekly press package (PressPac) with reports selected from 36 major peer-reviewed journals and Chemical & Engineering News. With more than 160,000 members, ACS is the world’s largest scientific society. Please cite the individual journal, or the American Chemical Society, as the source of this information.

Researchers in Indiana have developed a vaccine-like treatment that shows promise for treating lupus, a disease of the immune system that affects about 1.5 million people in the United States. The new treatment, described in the September/October issue of ACS’ Molecular Pharmaceutics, a bi-monthly journal, reduced disease symptoms and extended the lives of laboratory mice that researchers use to study lupus.

In the study, Philip S. Low and colleagues cite the need for better treatments for lupus, an autoimmune disorder in which the body’s immunological defense system attacks healthy cells, damaging muscles, joints, kidneys and other body parts. Current treatments for lupus — also known as SLE — include high doses of steroids and other medications with serious side effects.

The new approach targets abnormal immune cells in a way that marks the rogue cells for destruction by the body’s immune system without affecting healthy cells. Called folate-hapten-targeted immunotherapy, the treatment greatly reduced damage to the kidneys and other tissues and also prolonged the lives of the mice by 10 months in comparison to untreated animals, the researchers say.

“We suggest that this therapy warrants further evaluation as a possible approach for treatment of SLE in humans,” the report states.

Subway trains produce airborne dust particles that could damage the lungs of commuters, scientists in France are reporting in a study of the Paris subway system scheduled for the October issue of ACS’ Chemical Research in Toxicology, a monthly journal.

Sophie Lanone and colleagues point out that previous studies of the London and Stockholm subway systems also have identified such particulate matter. In their new study, the researchers collected dust samples from platform surfaces in two heavily traveled subway stations in the Paris Metro, which carried one million passengers daily. They exposed live mice and cultured mice cells to the dust over a 24-hour period.

Exposure to the subway dust triggered transient lung inflammation in the mice and increased levels of several substances produced by the immune system that might cause tissue damage. Some but not all effects occur with exposure to diesel exhaust, and other common urban air pollutants, the study said. Subway dust contained large amounts of iron particles and very low levels of endotoxin, a potentially toxic compound produced by bacteria.

The popular spice ginger shows promise as a treatment for bacteria-induced diarrhea, the leading cause of infant death in developing countries, according to a preliminary study in animals conducted by researchers in Taiwan. If confirmed by further studies, the findings could lead to an inexpensive, easy-to-obtain alternative to drug therapy for the condition, the researchers say. Their study will appear in the Oct. 3 issue of ACS’ Journal of Agricultural and Food Chemistry, a bi-weekly publication.

In studies using laboratory mice, Chien-Yun Hsiang and colleagues showed that an extract of ginger blocked the toxin responsible for diarrhea caused by enterotoxigenic Escherichia coli (E. coli), which accounts for 210 million cases of diarrhea worldwide and causes 380,000 deaths yearly. They also showed that zingerone, a component of ginger, is the likely compound responsible for this effect.

“In conclusion, our findings provide evidence that ginger and its derivatives may be effective herbal supplements for the clinical treatment of enterotoxigenic Escherichia coli diarrhea,” the researchers state. Additional studies are needed to determine the effective doses of ginger needed and whether it is safe for infants, who may experience unexpected side effects from large doses.

Lubrication oil appears to be an important yet little-recognized source of toxic particle emissions from motor vehicles — even those fueled by clean-burning hydrogen, according to a joint study by government and academic researchers in Washington State and Minnesota. Their study, a step toward more cleaner-burning engines, will be published in the Oct. 1 issue of ACS’ Environmental Science & Technology, a semi-monthly journal.

Scientists have long recognized diesel-fueled vehicles as important sources of air pollution that can increase the risk of asthma, bronchitis, and other health problems. Most research, however, has focused on diesel soot, rather than emissions produced by lubrication oil.

In the new study, Arthur L. Miller and colleagues modified a truck diesel engine to run on clean-burning hydrogen instead of diesel fuel, allowing the researchers to focus solely on particle emissions from lubrication oil. They found that the hydrogen-powered engine emitted higher levels of metal-rich particles than the diesel-fueled engine. Lubrication oil was the primary source of these increased emissions. Emission particles identified include calcium, phosphorous, zinc, magnesium, and iron nanoparticles, all of which have the potential to cause lung damage when inhaled over long periods, they say.

“This study’s findings may increase current knowledge about the role of lubrication oil in particle-formation dynamics as engine technology improves and cleaner internal combustion engines are developed,” the researchers state.

Relief from the pain, nausea and other awful symptoms of migraine could become just a sniff away, as researchers develop new drugs — including an inhalable medication — for a condition that affects an estimated 30 million people in the United States, according to an article [http://pubs.acs.org/cen/science/85/8540sci2.html] scheduled for the Oct. 1 issue of Chemical & Engineering News, ACS’ weekly newsmagazine.

In the article, C&EN assistant editor Carmen Drahl describes potential new migraine medications that may be safer and more effective than existing drugs. A class of compounds called triptans, which target dilation of brain arteries, now are the mainstays for fighting migraines. Although effective, they tend to work slowly and carry risks for individuals with underlying heart disease.

Several pharmaceutical companies are working on new treatments for migraine that target signaling proteins in the brain, including a receptor for a neuropeptide and a type of ion channel. In laboratory studies, these approaches appear to reduce the risk of side effects, the article notes.

One exciting approach currently in clinical trials involves using a cell-phone sized device that is triggered by the airflow from inhaling. The inhaler delivers a migraine drug in a user-friendly way and is faster-acting than conventional treatments, Drahl writes.

The ACS Office of Communications is podcasting PressPac contents in order to make cutting-edge scientific discoveries from ACS journals available to a broad public audience at no charge. Science Elements includes selected content from ACS’ prestigious suite of 36 peer-reviewed scientific journals and Chemical & Engineering News, ACS’ weekly news magazine. Those journals, published by the world’s largest scientific society, contain about 30,000 scientific reports from scientists around the world each year. The reports include discoveries in medicine, health, nutrition, energy, the environment and other fields that span science’s horizons from astronomy to zoology. Podcaster for Science Elements is Steve Showalter, Ph.D., a chemist at the U. S. Department of Energy’s Sandia National Laboratories in Albuquerque, New Mexico, and ACS member.

Detergents With an On/Off Switch
http://www.youtube.com/watch?v=uEU9w2HNNvs

The 2006 ACS annual report, A New Vision at Work, can be a valuable resource for journalists trying to keep pace with chemistry and the multiple fields of science that involve chemistry. The report features a series of commentaries by chemists, including Nobel Laureate Robert H. Grubbs, on chemistry’s role in working toward better medications, more nutritious food, sources of renewable energy, and other innovations. The newly published report is available for reading and downloading at: www.chemistry.org/2006annualreport.html

The information in this press package is intended for your personal use in news gathering and reporting and should not be distributed to others. Anyone using advance ACS News Service Weekly Press Package information for stocks or securities dealing may be guilty of insider trading under the federal Securities Exchange Act of 1934. 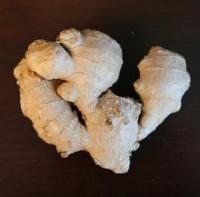