All mammals sleep, as do birds and some insects. However, how this basic function is regulated by the brain remains unclear. According to a new study by researchers from the RIKEN Brain Science Institute, a brain region called the lateral habenula plays a central role in the regulation of REM sleep. In an article published today in the Journal of Neuroscience, the team shows that the lateral habenula maintains and regulates REM sleep in rats through regulation of the serotonin system. This study is the first to show a role of the lateral habenula in linking serotonin metabolism and sleep.

The lateral habenula is a region of the brain known to regulate the metabolism of the neurotransmitter serotonin in the brain and play a key role in cognitive functions.

"Serotonin plays a central role in the pathophysiology of depression, however, it is not clear how abnormalities in regulation of serotonin metabolism in the brain lead to symptoms such as insomnia in depression," explain Dr. Hidenori Aizawa and Dr. Hitoshi Okamoto who led the study.

They show that removing the lateral habenula in rats results in a reduction of theta rhythm, an oscillatory activity that appears during REM sleep, in the hippocampus, and shortens the rats' REM sleep periods. However, this inhibitory effect of the lateral habenular lesion on REM sleep disappears when the serotonergic neurons in the midbrain are lesioned.

"Our results indicate that the lateral habenula is essential for maintaining theta rhythms in the hippocampus, which characterize REM sleep in the rat, and that this is done via serotonergic modulation," concludes Dr Aizawa.

"This study reveals a novel role of the lateral habenula, linking serotonin and REM sleep, which suggests that an hyperactive habenula in patients with depression may cause altered REM sleep," add the authors.

Pictures and a copy of the article are available on request.

RIKEN is Japan's flagship research institute for basic and applied research. Over 2500 papers by RIKEN researchers are published every year in reputable scientific and technical journals, covering topics ranging across a broad spectrum of disciplines including physics, chemistry, biology, medical science and engineering. RIKEN's advanced research environment and strong emphasis on interdisciplinary collaboration has earned itself an unparalleled reputation for scientific excellence in Japan and around the world.

The RIKEN Brain Science Institute (BSI) was established to address the fundamental need for cutting-edge neuroscience research in the service of society and today enjoys an international reputation as an innovative center for brain research and training. Research at BSI integrates a wide range of disciplines to understand brain functions connecting neural circuits and cognition. The approaches span the fields of medicine, biology, physics, technology, information science, mathematical science, and psychology. BSI is also leading efforts to recruit talented researchers worldwide in support of global scientific career development.

Getting a grip on sleep 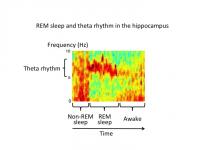 REM Sleep and Theta Rhythm in the Hippocampus 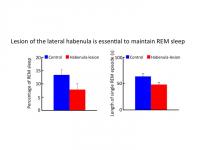